Real-time cross-border payments might soon be a reality, thanks to the efforts of a new payments industry group. But is there a business case for adopting the ISO 20022 standard?

With multiple countries implementing real-time payments initiatives around the globe, 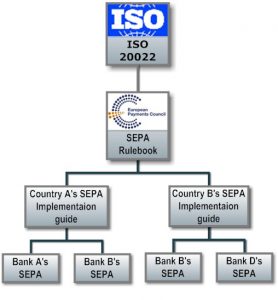 interoperability between systems is key. Therefore, the ISO Real Time Payments Group (RTPG), a collection of payments experts brought together by Payments UK, has published a first draft of ISO 20022 usage guidelines for cross-border real-time payments – according to an article in AFP.

Barry Kislingbury, senior principal solution consultant at ACI Worldwide, one of the companies that contributed to the first draft, identified some of the gaps in ISO 20022 and explained why this new “rule book” was needed. “Most countries, especially in the Western world, are looking at how they would implement real-time payments,” he said. “ISO 20022 has become the standard for sending financial transactions—not just the value but the transactional data as well. But it wasn’t designed for real-time. It was designed to be sent and cleared tomorrow or the day after.”

Kislingbury explained that ISO 20022 currently lacks certain items that would allow for a real-time payments environment, such as confirmation messages that assure that payments have been made. “That’s something we’re going to have to design from scratch basically in this working group,” he said.

Additionally, there may be missing data that would be needed for real-time, such as e-invoicing. “You may well want to attach a document to a message that says, ‘Here is your invoice.’ Well, attaching a JPEG to a financial message isn’t necessarily the right thing to do because it makes the message massive. With instant payments, time and speed are very important. You want to be making these payments in seconds and not hours.”

Furthermore, with entities all over the world like the Clearing House and the European Payments Council wanting to use ISO 20022 as the messaging standard behind their real-time payments initiatives, the standard has to be uniform. “The problem is, if you’ve got another 40 countries implementing payments schemes and there are gaps in the standards, they’re all going to implement them slightly differently,” Kislingbury said.

This is one concern that Magnus Carlsson, AFP’s manager of treasury and payments, has had since ISO 20022 was first implemented. “We are already seeing some variances in the standard where it is implemented,” he said. “If these differences become more substantial, some of the information in the messages may be lost if the recipient doesn’t have the same version of the standard.”

Therefore, RTPG is seeking to ensure that ISO 20022 is cohesive for all parties involved. “In five to 10 years’ time, we will have interoperable real-time payments globally,” Kislingbury said. “But if everybody is still trying to make it their own way without talking to each other, that would make interoperability much harder. So that was what the working group got together to achieve—to take the current ISO 20022 standard and agree on what messages get used in which scenarios. That wasn’t always clear with ISO 20022, because some of the messages are very similar. We don’t want people using different types of messages for the same thing. So we agreed what the basic flows are for real-time payments, and what messages would be used in those flows.”

The draft is currently being reviewed across the payments industry, ahead of RTPG’s meeting at Sibos 2015 in Singapore this October.

Carlsson has some concerns about ISO 20022 adoption, primarily that in the U.S. at least, there is a lack of understanding around it. “Obviously, in the U.S., we have the issue of getting to even using ISO 20022, especially on a corporate level,” he said. “Quite frankly, most organizations are not even aware of it.”

Carlsson noted that the U.S. stakeholder group has been very active in reaching out to the corporate world and spreading the benefits of the standard. “The problem is, they haven’t found a pure financial business case for a corporate to adopt it,” he said. “It’s more of a strategic case for the U.S. as a nation to move to ISO 20022. The problem with that is, you’re never going to see a mandate to adopt it like you saw with [the Single Euro Payments Area (SEPA)] in Europe.”

As a former corporate project manager for SEPA implementation, Carlsson knows that it will be difficult to convince businesses to adopt ISO 20022 without a similar mandate. “Just seeing, form a corporate level, the resistance to make any kind of changes, the business case you have to present will have to be so substantial that corporates will see some real benefits to it, or it’s not going to happen,” he said. “We’re talking about a country where 50 percent of the B2B transactions are still done by paper checks.”

Carlsson applauded RTPG’s efforts and noted that U.S. corporates do show interest in using ISO 20022. “We hear corporates say, ‘This is very interesting.’ But then it stops there,” he said. “We need to find a way to show there are real efficiency benefits and cost saving opportunities with ISO 20022. Without a mandate, that’s how you can reach broader implementation.”