Proceeding with caution – a survey on central bank digital currency

According to the report on the survey, payments are changing at an accelerating pace. Users expect faster, easier payments anywhere and at any time, mirroring the digitalisation and convenience of other aspects of life – write the authors Christian Barontini and Henry Holden of The Bank for International Settlement (BIS).

Across the world, central banks are reportedly thinking about how new central bank digital currencies (CBDCs) could replace traditional money. There is significant public interest in such a fundamental potential change, and the report takes stock of central banks’ current work and thinking.

It is based on a recent survey of central banks to which 63 responded (representing jurisdictions covering close to 80% of the world population). The survey asked central banks about their current work on CBDCs, what motivates that work, and how likely their issuance of a central bank digital currency is.

The survey shows that, although a majority of central banks are researching CBDCs, this work is primarily conceptual and only a few intend to issue a central bank digital currency in the short to medium term. 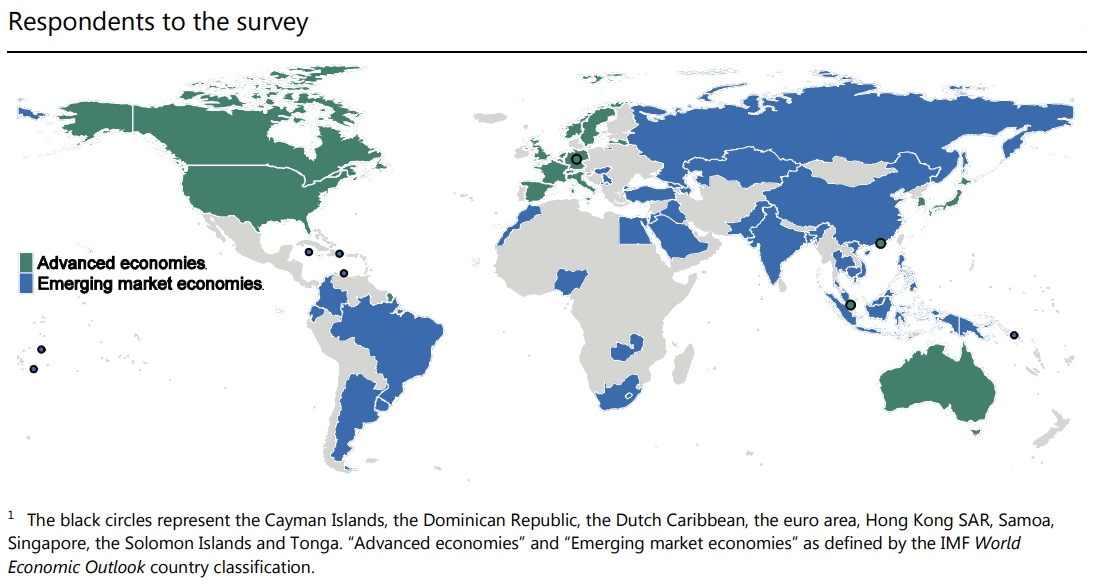 The survey was conducted in latter part of 2018. It starts by asking central banks if they work on CBDCs or not and, if they do, it further inquiries about the type of CBDC and how advanced the work is.

Motivations and current expectations for potentially issuing a CBDC are also queried, as well as whether central banks have legal authority to issue. The questions asked are included in Annex 2.

The survey differentiated between so called “cryptocurrencies” and other private digital tokens, with cryptocurrencies defined as decentralised tokens without an issuer or representing an underlying asset or liability.

The survey finds that a wide variety of motivations is driving an increasing number of central banks to conduct conceptual research on CBDCs. However, only a few central banks have firm intentions to issue a CBDC within the next decade. 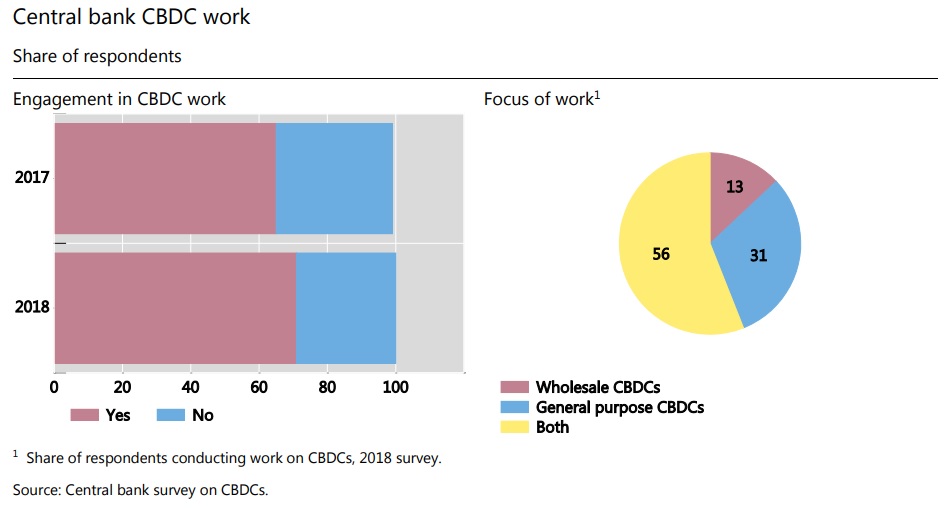 Some 70% of respondents are currently (or will soon be) engaged in CBDC work, a slight increase compared to the 2017 survey. Central banks currently not looking at CBDC are typically from smaller jurisdictions and/or face more pressing priorities.

Some central banks indicate that they rely on research conducted by international organisations (in particular the BIS) or regional networks (e.g. CARICOM’s FinTech Advisory Work Group). Of those that are engaged in work, over half cover both general purpose and wholesale CBDCs, with about a third focusing only on general purpose and an eighth only on wholesale.

All central banks have begun their central bank digital currency work with theoretical and conceptual research and are generally sharing their studies, with a view to developing a common understanding of this new field of study. 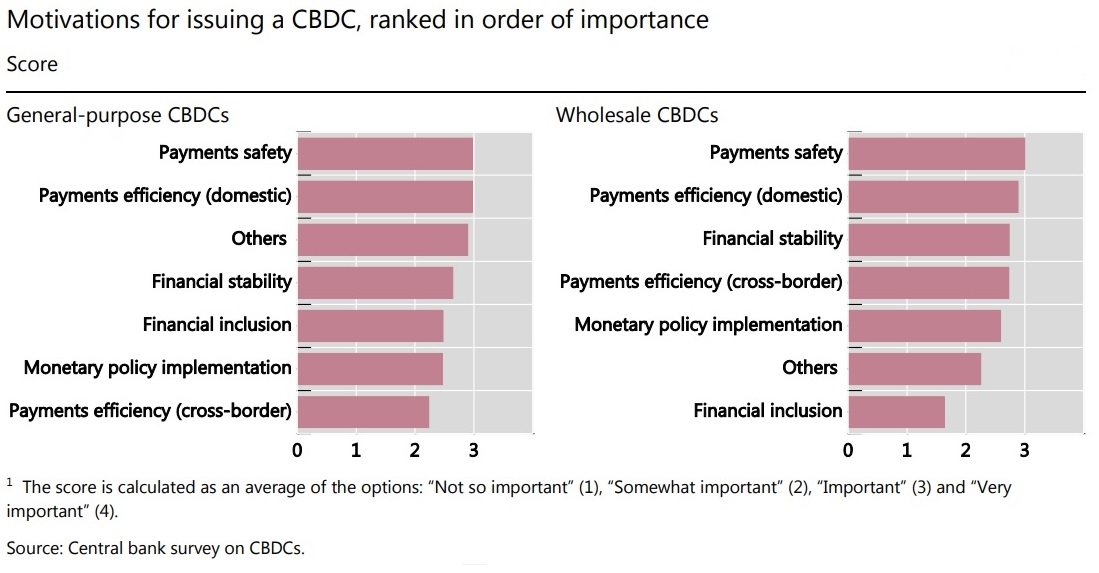 At this point, half have moved on to experiments or more “hands-on” proof-of-concept activities to test new technologies. This represents an increase of 15 percentage points over 2017. Many central banks in both advanced economies and EMEs are attempting to replicate wholesale payment systems using distributed ledger technology (e.g. projects Jasper, Ubin and Khokha (Bank of Canada (2018), Monetary Authority of Singapore (2018), South African Reserve Bank (2018)).

Only five central banks have progressed to running pilot projects. The e-Peso project is an example of a completed pilot. Importantly, despite the quantity of work underway, many of these proofs-of-concept or even pilot projects are only investigative in nature and do not imply plans to issue a central bank digital currency.

Central banks are also increasingly collaborating with each other to carry out proof-of-concept work on e.g. cross border payment and securities settlement arrangements. Collaborations include Project Stella by the ECB and the Bank of Japan (ECB-BoJ (2017)) as well as a joint project by the Bank of Canada (BoC), the Monetary Authority of Singapore (MAS) and the Bank of England (BoE) (BoC, MAS and BoE (2018)).