“As independent companies, we expect eBay and PayPal will be sharper and stronger, 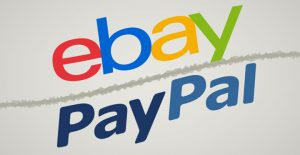 and more focused and competitive as leading, standalone companies in their respective markets,” according to the filing with the Securities and Exchange Commission. “EBay and PayPal also will benefit from additional flexibility and agility to pursue new market and partnership opportunities.” – reports Wired

The arrangement is designed to keep both entities thriving while remaining independent of each other, including a pact that the businesses would not compete with each other in their core competencies after the split. But it doesn’t appear to include any prohibition on each working with the other’s core competitors.

Perhaps most notably, PayPal will be free to work with online retailers, including Amazon and Alibaba, after the split. EBay, for its part, will be able to work with payments processors other than PayPal, though it still must conduct about 80 percent of its transactions using PayPal for the next five years. If PayPal’s share of the transactions falls below that level, eBay must pay its former subsidiary restitution.