Nearly two million people have registered for Paym, with the potential to link every current account in the country with a phone number, new figures released by the service show. 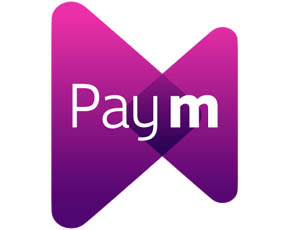 December, a total of 1,851,612 mobile numbers were registered on the Paym database.

Last year, more than £26 million of payments were made through the service, with the average value of £53.65.

Analysis of how it is being used reveals that almost half (49%) of payments through the scheme are made on a Friday, Saturday or Sunday.

Research carried out among more than 2,000 people also found that paying back a friend is the most popular reason for using Paym, followed by paying a partner and paying parents.

The initiative, which is being overseen by UK payments body the Payments Council, enables people to send and receive payments directly to a current account using just a mobile number and without having to exchange bank account details.

Banks and building societies are coming on board the scheme in waves, with more than 40 million customers now able to register for it – representing more than nine out to 10 current accounts.

Isle of Man Bank, NatWest, RBS and Ulster Bank customers are able to receive payments and will also be able to send them via Paym by the middle of 2015.

Metro Bank, Nationwide Building Society and Tesco Bank are also planning to come on board.

Although it is anticipated many people will use Paym to make small payments, they can transfer at least £250 a day under the scheme. Banks and building societies can choose to set a higher daily limit.

Craig Tillotson, managing director of Paym, said: “It’s still early days for the service, but people seem to find Paym most useful at the weekend.”

People need to actively opt into the service by registering their mobile number alongside a nominated current account in order to receive money into that account through Paym.

They do not have to register to send money through Paym, but their bank or building society does need to be taking part in the scheme. The service is integrated into the user’s existing mobile banking app.

Reaching for your mobile phone is becoming an increasingly popular way to pay. Barclays launched a mobile payments scheme called Pingit, which is available to customers and non-customers, in 2012.

Since its launch, Pingit has had 3.7 million downloads and to date £918 million has been sent using the scheme.