It has been an interesting few weeks in the P2P payments market. It all began when Snapchap  announced that it will cease Snapcash, its mobile P2P payments app for Snapchat, on August 30. 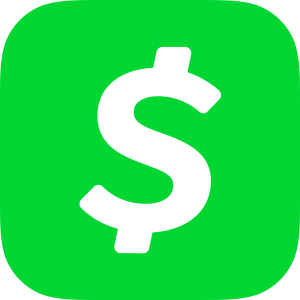 This was swiftly followed by a ranking of the top P2P payments apps – Zenmo, Zelle, and Square Cash were the three most popular mobile P2P payments apps (in that order) in the US last year according to eMarketer. Those three apps had a combined monthly active user (MAU) base of 40 million.

Today, Square’s stock jumped to all-time high after Cash app downloads surpassed PayPal’s Venmo. Cumulative downloads of Square’s Cash app have surpassed those of Paypal’s Venmo for the first time after a monster July, according to data from Sensor Tower and Nomura Instinet.

The Cash app’s cumulative downloads now total 33.5 million, exceeding Venmo’s 32.9 million for the first time ever, after Square’s service grew three times faster than its competitor from PayPal in July, the data showed.

Square’s stock rose 3 percent shortly after the opening bell, pushing shares to an record intraday high. The price is up about 726 percent since the company’s initial public offering on Nov. 19, 2015.

“If the Cash App continues to grow rapidly, the business could reach or even exceed $100 million in sales by 2020, even without deeper active user penetration,” Nomura Instinet analyst Dan Dolev said in a note to clients. “With impressive user growth and ongoing decoupling from Bitcoin, we believe Square’s monetization efforts are increasingly bearing fruit.”

Venmo and Square Cash provider users with access to their financial systems, allowing customers to electronically send, store and spend money between peers. Square’s chief financial officer, Sarah Friar, told investors during the company’s latest earnings call that she was happy to report that the Cash app is consistently a top-30 app in the App Store.

In June 2018, Cash app customers spent $250 million with Cash Card, nearly tripling since December 2017 and representing $3 billion on an annualized basis, according to the company’s second-quarter release. In the second quarter in the US, it was the No. 1 finance app and on average a top-30 free app in the App Store, the company added.