Orange, the French telecom major says it has invested €230 million to strengthen the development of Orange Bank. 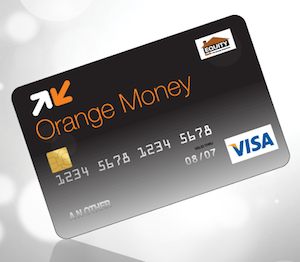 The company also said it has reached an agreement with its historic partner, Groupama, to buy its 21.7% stake.

The closing of the transaction is subject to the usual approvals. The value of the deal remains confidential.

Groupama will however remain a major commercial partner with the extension of the exclusivity granted to Orange Bank for everyday banking and consumer credit until 2028.

The increase in Orange bank’s capital is expected to speed up the growth projects planned in its strategic plan.

Orange Bank, which was launched four years ago, is now one of the top five neobanks in France with 1.6 million customers in France and Spain.

Orange expects the bank to significantly reduce its losses in 2021 thanks to a 57% increase in H1 net banking income, and decreased management costs owing to investments in the bank’s processes over the past three years.

Under the development plans, Orange will continue to invest in its platform to maintain its technological edge. New activities will be developed in partnership with the best FinTechs.

“We are now speeding up our industrial and geographic development strategy for a bank that is inherently designed to be accessible to everyone and used over the mobile phone,” comments Paul de Leusse, Chief Executive Officer of Orange Bank.

“This new ambitious phase, which reflects the Orange Group’s fundamental values, will give rise to a new advertising slogan that will be revealed on Sunday on TV and digital channels.”

The decision means Orange has failed in its desire to attract new investors in the bank. A few months ago French media were reporting that BNP Paribas and Société Générale were interested in buying a stake. Now, reports say those two banks’ “demands were too high”, and Orange has decided to increase its own stake to 100%.