Orange has launched its own mobile bank, Orange Bank, aiming to win 25% of France’s online banking market by capitalizing on the rising use of smartphones to steal share from established lenders with inferior technology. 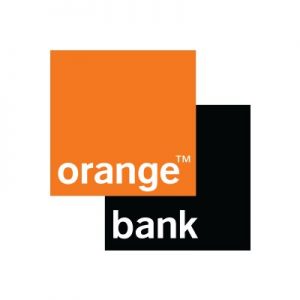 The launch is part of a push by the French firm to find alternative revenue streams and retain clients in the face of a price war in the telecommunications sector.

It is also a test for the telecoms and banking industry, marking the first attempt in a major developed market by a telecoms company to launch a standalone bank.

“We are targeting 2 million clients in ten years. That would represent 25 percent of the (online banking) market, but I hope we will not stop there … and we will be the market leader in several years,” says Andre Coisne, chief executive of Orange Bank.

Orange is starting from a small base – Coisne says it has 25,000 customers have expressed interest ahead of the launch, a tiny fraction of the company’s 21 million mobile clients. But the timing of its entry gives some room for optimism.

In France, 793.4 million online banking e-payments were made last year according to the European Central Bank, up from 586.2 million in 2014.

Consultancy Ernst & Young predicts the number of customers going online to open an account in France will surge nearly six-fold to 17 million in the next ten years.

The regulatory environment is also becoming more favorable – next year new European Union rules will start to force banks to allow customer data to be made available to other companies, if the customers agree. That will help the likes of Orange to identify potential customers and offer them better deals than their current lenders.

“This is a good start,” said Coisne, who will also face competition from telecoms rival Altice, which launches its bank in 2019.