Implementing Open Banking reforms, which came into force in the UK last month could contribute more than £1bn annually to the UK economy, CEBR research has claimed. 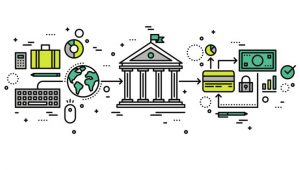 Under Open Banking customers are given the keys to their own financial data, enabling them to change providers in minutes online with a few clicks. It also enables consumers to see all their money on one screen and ­access better budgeting tools.

The changes are being enforced on big banks by the Competition and Markets Authority, but six lenders – HSBC, Barclays, RBS, Santander, Nationwide and Bank of Ireland – all missed the Jan 13 deadline and were afforded more time to comply.

Lloyds, Allied Irish Bank and Danske were among those ready on time. A small number of transfers have since taken place under the new rules as lenders continue to test the new system, with a more comprehensive launch expected next month.

UK banking customers can now make their financial data available to third parties, like disruptive challenger banks. According to the Cebr study, this will increase competition in the marketplace and help boost the economy.

This will, suggests the report, mean they have to reduce the risk of premium currently charged on interest rates linked to products like mortgages. This improved lending practice will boost the UK economy by more than £1 billion in additional annual UK GDP on an annual basis, the study concludes.

By charging customers interest rates that represent more accurate risk profiles, or reducing the “credit spread”, more money would be freed for use in the economy.

However, the research included a recent survey from Accenture, which found 69% of people may not be willing to share their data, and added that banks must earn consumers’ trust.