In what will be perceived in the industry as another failure by the combined forces of the telecommunications industry (after Simpay and Weve) Norwegian mobile payments service Valyou has been shut down.

Its owners Telenor, DNB and SpareBank 1 blame a lack of NFC-enabled payment terminals and support from 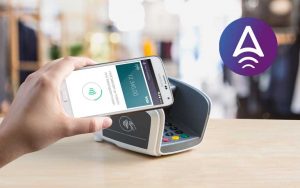 their fellow banks and telcos for their project’s failure.

Explaining that “after careful consideration of all options Valyou’s owners have decided to wind down the company,” a statement on the mobile money firm’s site says that its app has been removed from Google Play and will stop working on 30 November.

Telco Telenor and local bank DNB first teamed up back in 2008 through the creation of a 50/50 joint venture called TSM Nordic. A payments pilot project began in 2011 in Oslo and SpareBank1 was added as a minority partner before Valyou was finally launched late last year. At the time, the JV said that its wallet worked at over 400 stores and promised the support of Skandia Bank, yA Bank, Fana Sparebank and EnterCard in 2015.

However, Valyou now says: “The combination of slower than expected activation of NFC enabled POS terminals and the engagement of more banks & mobile operators into the cooperation has resulted in a much lower than expected end user uptake.”

Therefore, despite insisting that it has built the “most user friendly and future proofed mobile payment technology on the market today” and pointing to the arrival of Apple Pay as vindication of NFC-based services, it concludes that “we must accept that, while users of Valyou have been very satisfied with the payment experience the market is not yet ready for this kind of solution and the closure of the company is a sad consequence of this fact”.