MyBank has reported strong growth for 2015 both in the volume and value of transactions as well as in the number of merchants offering MyBank.

More than €650 million worth of payment transactions were authorised via the MyBank solution in 2015, with 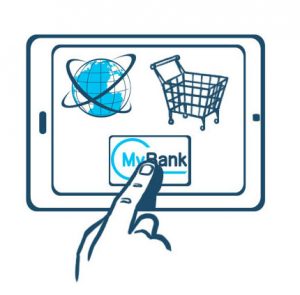 The number of licensed merchants grew from 180 to over 8,000, while the number of participants grew from 146 to 263. Banks in Belgium, Spain and Greece are set to join the solution in the next four months, a development that will help to open up new markets for MyBank.

Current developments see the MyBank Identity Verification service entering the testing phase. The new service will allow individuals to confirm their identity or qualified attributes, such as their being of legal age, through their online banking without actually handing over personal data to a third party; it will also enable customers to digitally agree to contracts without the need for an actual digital signature.

“When we created MyBank, we chose to represent it as a ‘key’: the key that protects and guards the privacy of personal data, while unlocking the digital economy for the owners of that data. The key is a sign of trust and security – but also of access. These are the pillars on which Europe’s digital economy should be built,” explains Giorgio Ferrero, CEO of PRETA , which owns the MyBank solution and offers it to payment service providers across Europe.

MyBank is an e-authorisation solution for the exchange of financial and non-financial information. The solution supports online banking-based payments via SEPA Credit Transfer as well as the creation, amendment and cancellation of SEPA Direct Debit mandates.