Money laundering: the fifth largest economy in the world at 3% of global GDP

Leading defence and security organisation, BAE Systems has set out six criminal types responsible for money laundering around the world, to help global businesses understand the motivations and modus operandi of criminals targeting their business. The company hopes to help businesses fight the significant threat posed by financial crime. 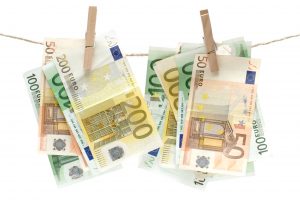 Money laundering: the fifth largest economy in the world

Accounting for almost $2trn each year[1], money laundering is having an increasingly devastating effect on societies around the world. The criminals behind money laundering are finding ever more sophisticated ways of disguising their activity. Research shows that money laundering activity has a significant impact on society as it drives up property prices and increases taxes and insurance premiums while also funding other criminal activity such as the drugs trade and international terrorism.

To help businesses recognise the threats to their business, BAE Systems’ subject matter experts analysed customer data to identify the people most commonly involved in money laundering. They are:

“Money laundering keeps hospitals, schools and libraries from being built as the proceeds of crime contribute nothing to the public purse. Launderers are also bending the property market, pricing first time buyers out of many cities. And the profits of money laundering are the cause of organised crime across the world, from drug trafficking and gun smuggling, to fraud and modern slavery.

The fight against money laundering needs a new era of collaboration between the financial services industry, government and technology and compliance specialists. Understanding the motivations and modus operandi of the people behind it is the critical first step. Businesses need to understand the enemies they face in order to successfully protect themselves against them.”

The post Money laundering: the fifth largest economy in the world at 3% of global GDP appeared first on Payments Cards & Mobile.