Signicat has revealed that 38% of all financial services applications in Europe are abandoned despite massive investment in digital transformation by institutions. Although the 38% figure is an improvement on 2018’s high of 52%, it means that abandonment rates have returned to nearly the same level as 2016 (40%).

The third edition of Signicat’s study The Battle to On-board III is based on a survey of 3,500 adults across Finland, Germany, the Netherlands, Norway, the UK and Sweden about their digital on-boarding experience with retail bank accounts, credit cards and insurance.

When digitally on-boarding customers institutions are required to comply with Know Your Customer (KYC) and Anti Money Laundering (AML) requirements. This requires personal information to be shared, and identity to be proven. But that is only the beginning, with usability and user experience becoming increasingly important to retain customers’ attention during the process. 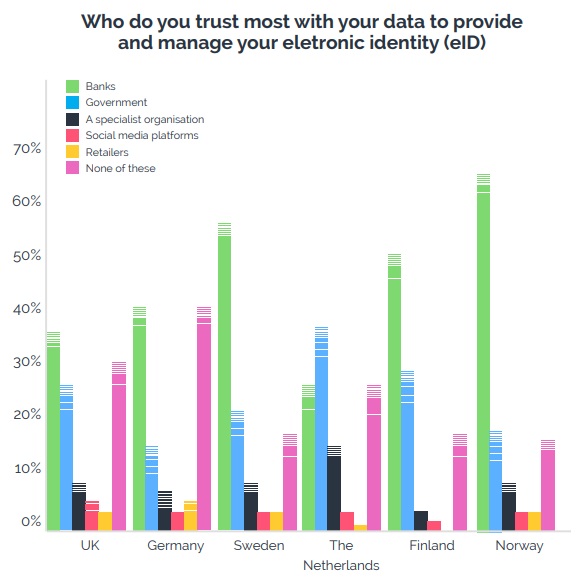 The ease with which consumers can complete an application mirrors the rate of abandonment. In 2016 13% of applications were said to be somewhere between difficult and painful, a number that leapt to 32% just two years later. In 2019, consumers feel while the application process has improved, it hasn’t quite made it back to 2016 levels, with 24% saying that on-boarding is difficult to complete or worse.

The analogy of the “Red Queen Race”*, named for Lewis Carrol’s description of characters running fast yet staying in the same place, helps explains this stasis. While the onboarding process has improved, consumer expectations have increased in parallel to the point that technology investment from institutions is barely keeping up with those expectations.

“New providers of financial services such as neobanks and digital-only payments firms, have changed customer expectations by delivering services in a manner akin to Netflix and Deliveroo,” said Sarah Kocianski, Head of Research at 11:FS.

“Many larger, older financial services firms however are failing to adapt to this new reality. Partly because those expectations change faster than some of these industrial giants can comprehend moving, but also partly because they don’t approach the problem in the same way.

Most of them have invested heavily in the technology that underpins these new onboarding processes but failed to rethink the processes themselves. That is why they are falling behind, and that is why customers are still failing to complete applications.”

Digital identity can reduce the pain when on-boarding a customer by dramatically speeding up the process. In countries with high digital identity adoption rates Sweden (91%) and Norway (81%) it doesn’t take nearly as long to on-board customers. For example, just 9% of applications take less than five minutes in the UK, compared to 23% in Sweden, 22% in Norway, and 27% in Finland. Similarly, twice as many applications take longer than 30 mins to complete in the UK than in the Nordics.

The good news for banks is that they remain the most trusted institution to create and maintain the best solution to onboarding woes—reusable digital identity schemes. The report shows that almost half (44%) of consumers trust banks to manage their digital identity. Government schemes come in at a distant second at 25%, while retailers and social media platforms aren’t trusted as at all, only chosen by 3% and 2% of respondents respectively.

“Institutions have clearly improved their on-boarding processes. But customer expectations have shifted, partly due to challenger banks and FinTechs that are laser-focused on perfecting customer experience, but also because consumers are used to better, slicker interfaces elsewhere,” said Gunnar Nordseth, CEO at Signicat.

“On-boarding has become a “Red Queen Race”—everyone is innovating and consumers expectations are continually increasing. Financial services providers need to run fast just to maintain the position they have.”

*The Red Queen Race in Lewis Carrol’s Through the Looking Glass describes characters running as fast as they can, only to remain in the same place.