Mobile wallets in India: What the world can learn

India’s emergence as a digital payment powerhouse is an unlikely story. Until recently, cash accounted for 95% of transactions, 85% of workers were paid in cash, and 70% of online shoppers chose ‘cash on delivery’ as their preferred payment option. Yet, the Indian mobile wallet market is set to grow by 150% over the next five years, with transactions totalling $4.4 billion. 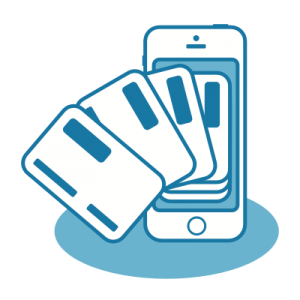 Mobile wallets in India: What the world can learn

Even though its circumstances are unique, the regulatory, technological and commercial drivers of India’s digital payment revolution reveal important lessons for the delivery of compelling mobile wallet platforms around the world – writes Elina Mattila, Executive Director, Mobey Forum.

The main driver of the mobile wallet market in India to date has undoubtedly been demonetisation. In November 2016, a national banknote demonetisation removed 500 and 1,000-rupee notes from circulation, overnight. This accounted for 86% of all currency in India.

Demonetisation has historically been the last desperate roll of the dice for failing economies battling hyperinflation or crippling public debt. This was different. The government aimed to use demonetisation as a proactive tool to promote digital payments, foster financial inclusion and promote transparency.

Whether demonetisation has been a success is the subject of an intense political debate that shows no sign of abating. Indeed, it may be many years until the impact of demonetisation is fully understood. What is clear, however, is that it has given a massive shot in the arm to Indian mobile wallet providers. For example, Paytm doubled its user base in a year, increasing from 140 million in October 2016 to 270 million in November 2017. 500 million users by 2020 is the next target.

For banks, service providers, regulators and governments across the globe looking for ways to encourage mass adoption of digital payments, demonetisation clearly shows that directly disincentivising cash-use is effective. Whether the ends of demonetisation justify the means, however, is open for debate.

More broadly, we can also see the transformative impact of regulation. Although demonetisation is an extreme example, there are parallels across other markets. Consider PSD2 in Europe. Banks have an opportunity to capitalise on potential changes in consumer behaviour to drive adoption of new digital services, particularly in consistently conservative markets where uptake of digital payments has been modest.

Breaking down the barriers

Due to its proven ability to dramatically simplify the know your customer (KYC) process, Aadhaar (possibly the world’s biggest biometric database) has also played a critical role in supporting the development of the mobile wallet ecosystem in India.

KYC has traditionally been a face-to-face, in-branch process. In addition, KYC usually requires extensive documentation, such as full address histories and utility bills. In countries with isolated, rural communities like India, the rigours of the KYC process have prevented access to financial services and have contributed to a significant ‘unbanked’ population.

Biometric verification technologies are recognised as key to making the KYC process faster, easier and more inclusive, as they remove the requirement to present extensive documentation. Aadhaar is a perfect case in point. To date, 270 million bank accounts have been opened using only an Aadhaar ID and a fingerprint. Subsequently, the number of users able to access mobile wallet platforms has increased accordingly.

Financial exclusion, however, is a worldwide issue. Mobile wallet platforms should not just be the preserve of young, urban professionals. As banks increasingly move toward a fully mobile and digitised service experience, simplifying the KYC process with biometrics has the potential to enable wider access to innovative financial technologies.

The importance of value-added services (VAS) in driving sustained usage of mobile payment platforms is well-recognised across the industry. Beyond convenience, users need a compelling reason to use mobile wallets on a regular basis.

The continued growth of the Indian mobile wallet market demonstrates the power of VAS. Wallet platforms can be used to recharge mobile phone credit, secure loans, pay utility bills, book a holiday, buy entertainment tickets, travel on the metro, and even trade gold.

To improve the value proposition of a mobile wallet offering, banks should look to replicate the approach of delivering a comprehensive range of financial and product services within a single digital interface. Banks can leverage regulation such as PSD2 to partner with quality third party providers, combining the products and services that consumers want and need. It is imperative banks recognise this opportunity and ­­seize the day.

The importance of collaboration

Overall, the rapid development of the Indian mobile wallet market demonstrates the importance of reactivity and adaptability. Huge opportunities await those who can successfully navigate the transformative impact of regulation, emerging technologies and shifting consumer expectations. For this reason, the ability to collaborate and learn lessons from players across the world remains as important as ever.

The post Mobile wallets in India: What the world can learn appeared first on Payments Cards & Mobile.