and a whole raft of others.

There has been plenty of talk about mobile wallets, but now, as the “Pays” begin to roll out we take a brief look at their difference. 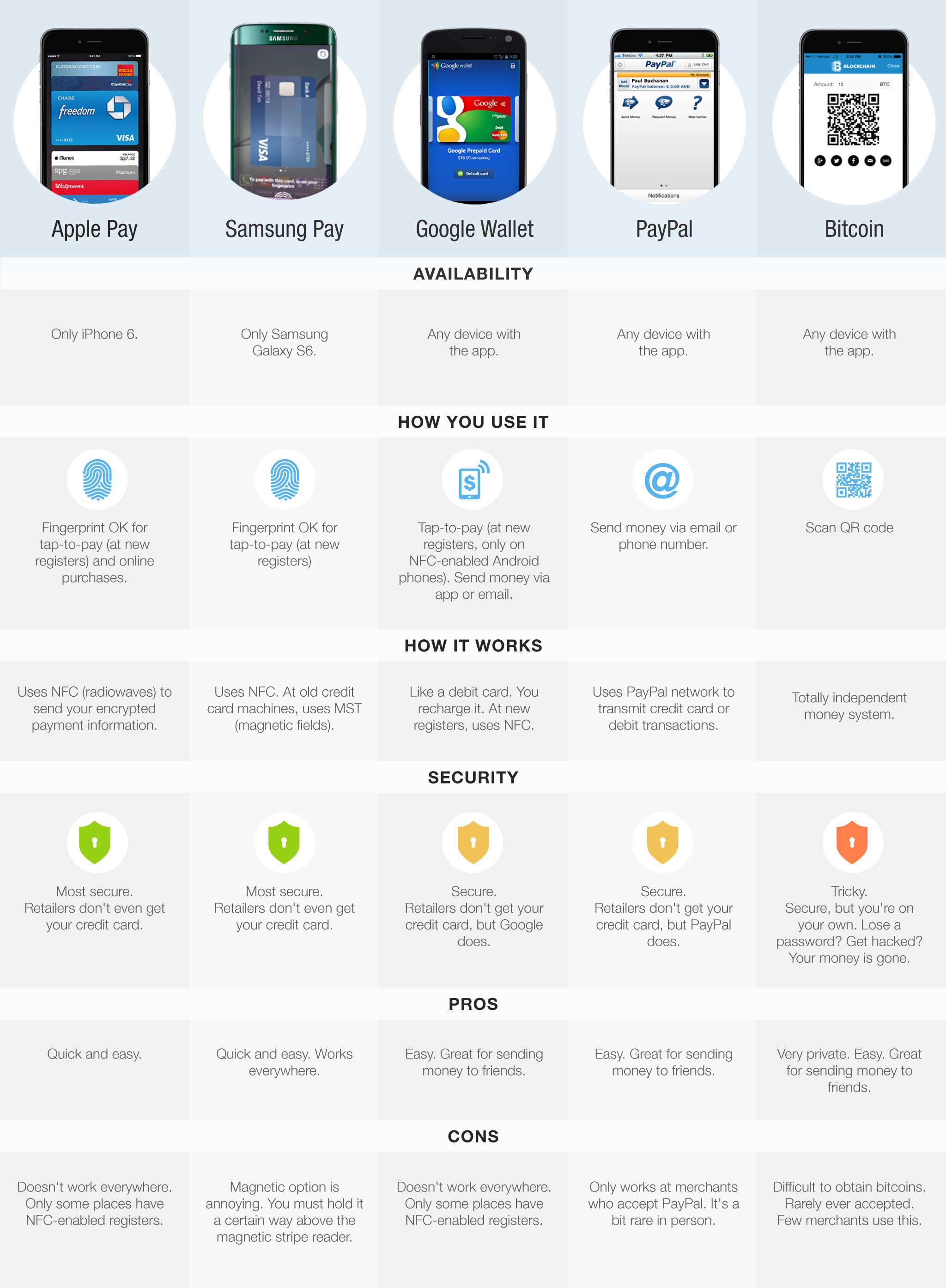 The infographic above, created by CNN Money, breaks down the major differences between the three major Pays as well as PayPal and Bitcoin methods of payment.