The 2015 Q4 edition (Sept-Dec) of the quarterly Mobile Payments Index, which tracks mobile payment data from browser-based transactions across Adyen’s customer base has been released. The key finding of this Mobile Payments Index is that for the first time, over a third (34%) of browser-based online transactions globally are now made on a mobile device, compared to just over 30% last quarter.

The increase is driven particularly by major Asian-based payment methods including JCB, UnionPay, and 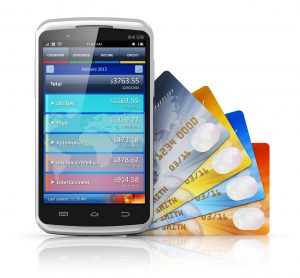 Alipay. JCB recorded the highest share of mobile payments across all the payment methods analyzed, with 54% of payments made on a mobile device, up from 47% last quarter. Alipay increased to 44% (up from 35%), and UnionPay to 31% (from 23%).

In Europe, iDEAL (Netherlands) was steady at 49% of online payments on mobile, Open Invoice (Scandinavia and Germany) reached 47%, Bancontact/Mr Cash (Belgium) was at 39%, and SEPA Direct Debit (Europe-wide) at 22%.

Shoppers have generally preferred making retail purchases on tablets rather than smartphones. However, the Index shows that for the first time, smartphones have overtaken tablets as the preferred device for making online retail purchases, at 17.5% on smartphone against 16% on tablet, compared to 14% and 17% respectively last quarter. This compares to 29% of digital goods payments on mobile against 7% on tablet, figures that are consistent with last quarter.

..and lead tablets in mobile payment share across the world

Smartphones continue to grow their share of mobile payment volume, increasing 2% from last quarter to 68% on smartphone versus 32% on tablet. This trend of smartphone increasing its share has now been continuing for 10 straight quarters.

But despite the overwhelming popularity of smartphones over tablets in terms of making a purchase across both regions and verticals, one bright spot for tablets is that in terms of average transaction value (ATV) for device types, for the first time, the iPad led the way, at $107, edging out not just smartphones, but also desktop/laptop, the traditional leader, at $106. This was followed by the Android tablets at $86, iPhone at $83, and Android smartphones at $73.

Among individual markets, the UK continues to lead the way in mobile payment adoption, with 49% of online transactions on mobile device (and just over 34% of these on a smartphone). Among other high adoption markets, the Netherlands reached 35% (23% on smartphone), and Sweden 32% (25% on smartphone).