In a new piece of research issued by PayPal in collaboration with the market research company Ipsos, mobile commerce is growing at nearly three times the rate of overall ecommerce at a global level, the data reveals.

From 2013 to 2016, the multi-country average compound annual growth rate (CAGR) for 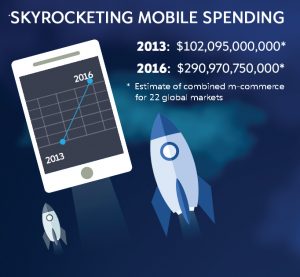 In the UAE, mobile shopping makes up for 24% of overall online spending. In China, that number is 21% and Turkey is on the third place, at 19%. In terms of smartphone-shopping density, more than 68% of Chinese online consumers said they have used their mobile devices to make purchases on a smartphone in 2014. The number is only slightly lower for UAE shoppers, at 57%, and 53% for Turkish consumers. In the US, 31% of consumers report that they have used their smartphones to shop in the past 12 months.

Globally, 64% of smartphone users reported using an app for purchases as opposed to the 52% who used mobile browsers. The reasons cited for that are convenience and speed. Convenience was cited by 35% of users and speed by 30%. Instant payment confirmation and having a reminder in the app to use discounts or coupons were two other major reasons cited by those surveyed.

In terms of actual mobile shopping behaviors today, 36% of consumers say they use mobile to get info on a product, 27% use mobile to find a business and 25% use devices to read reviews on particular stores or products. But consumers revealed that, in the future, they are interested in using their smartphones for more mobile-centric tasks. For example, consumers said that they would be interested in using tap and pay at the register with their smartphone (16%), mobile ordering through app or browser (15%), and to compare prices while shopping in stores (14%). PayPal’s research, in conjunction with Ipsos, examined the mobile commerce habits of 17,600 consumers in 22 countries. 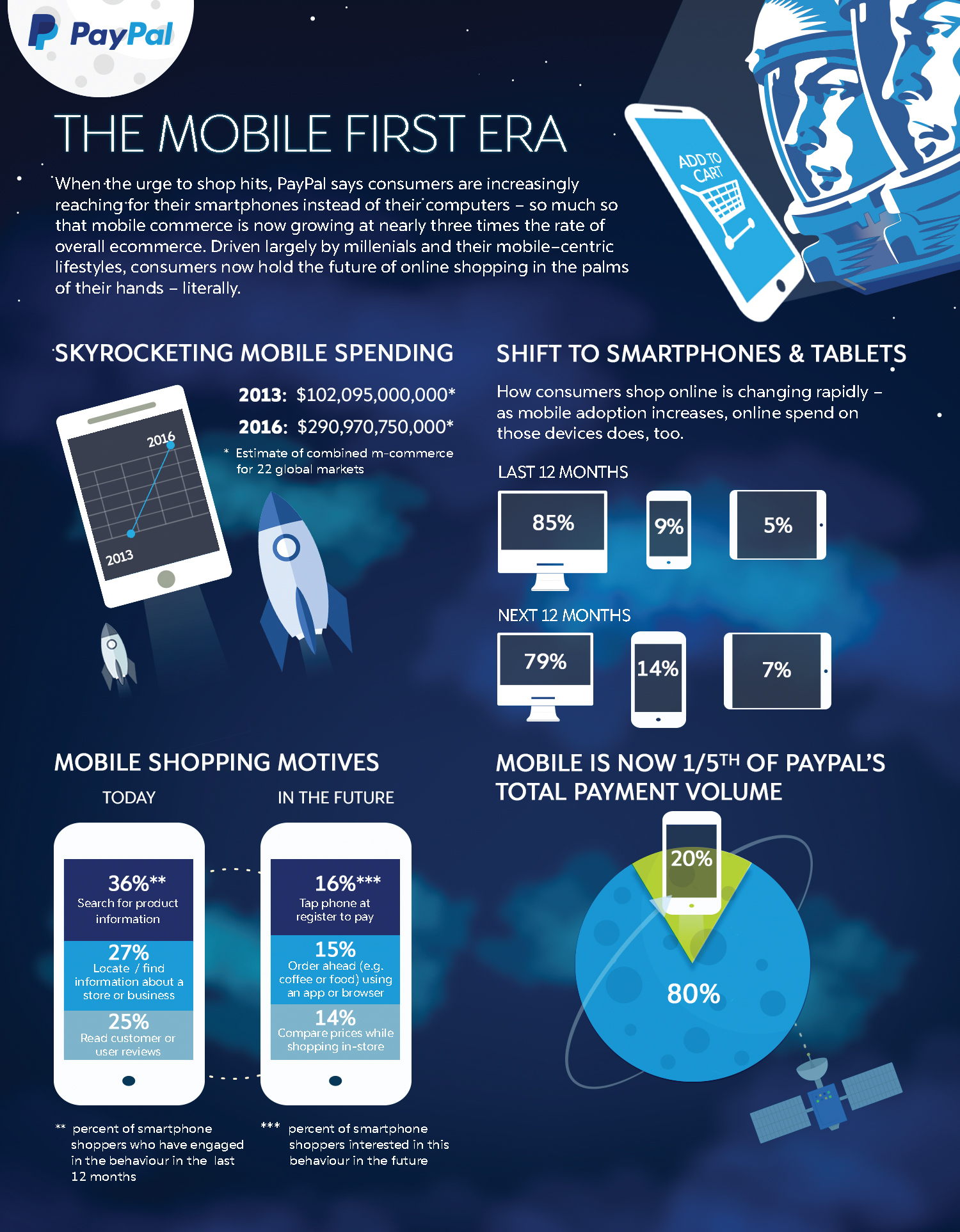