Mobile banking and its use as a payments channel

These figures are among the findings from the latest edition of our ongoing Study on Mobile Banking & Payments, which tracks consumer adoption of mobile banking and payments, writes  Melissa Fox, Senior Manager, Emma Causey, Manager, Chris Razzano, Senior Analyst and Caleb Marley, Analyst, all at Accenture.

Findings are based on results from an April 2017 survey of 1,503 US consumers, age 18 and over, who have a smartphone and a banking relationship.

Findings from the study suggest that:

1. Mobile banking is expanding from a passive monitoring channel to an active transaction channel.

Figure 1: Mobile Banking Functionality Use by Age
Which activities have you performed using your financial institution’s mobile banking app? 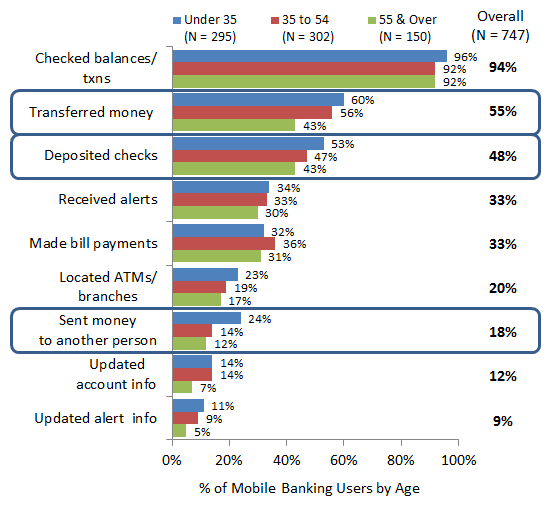 2. FI-backed Zelle is well-positioned to compete against non-bank incumbents in the P2P space.

Figure 2: Importance of Specific P2P Factors
How important are the following factors when making a
person-to-person payment?
(N = 1,503) 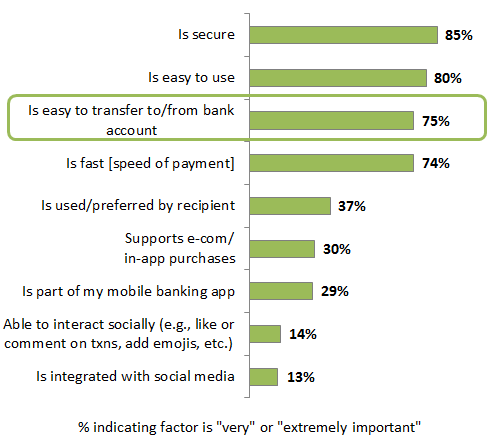 3. Faster payments initiatives will help FIs deliver the speed and control that consumers expect in a digital environment.

Mobile banking complements, rather than replaces, existing physical and digital channels in many ways. But opportunities to enable payments transactions via mobile banking—with new use cases, new venues, and new payment characteristics and features—is giving mobile banking a role of its own.

The post Mobile banking and its use as a payments channel appeared first on Payments Cards & Mobile.