Once the darling of the mobile handset world, the acquisition of Nokia by Microsoft was supposed to unleash a new powerhouse in mobile handsets.

Unfortunately, as Tom O’Meara writes, The longer time goes on the more ludicrous 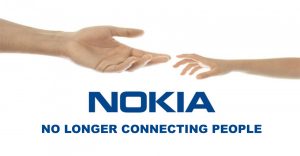 Microsoft’s decision to buy Nokia looks. Far from creating the mobile phone powerhouse the two envisaged, the mobile unit is simply a mess.

Microsoft is now writing down about $7.6bn on the Nokia division and will cut up to as many as 7,800 jobs. Remember it bought the business for $7.2bn just last year. But Microsoft has form for this.

Recall the acquisition of Danger for half a million back in 2008? It sold around 8,000 Danger-produced Kin phones, which very crudely works out at a cost of $62,000 per phone.

Funnily enough the Kin line no longer exists. Which begs the question – where will Nokia phones be in seven years time? Anyway, today we look in depth at some of Microsoft’s more questionable purchases and in another article look at the hungriest acquirers so far this year.