A £10 billion ($14 billion) class action against Mastercard for unfair interchange fees, in which the claimants say 46 million British adults could be eligible for roughly £300 each if successful, has been given the approval to proceed. 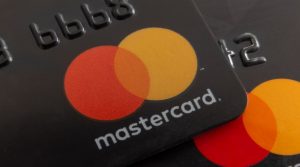 Walter Merricks, a former financial ombudsman, can bring the lawsuit. The Competition Appeal Tribunal (CAT), which had previously rejected the lawsuit, formally certified it on Wednesday 18th August 2021, allowing the case to proceed to trial as the first mass claim to be launched under the Consumer Rights Act 2015.

The legislation is intended to compensate consumers and small businesses for anti-competitive behaviour.

Merricks claims that Mastercard’s interchange fees, which are charged to retailers for card use and then often passed on to consumers in the form of higher prices, broke EU competition law.

The case against Mastercard stems from a 2007 European Commission ruling that interchange fees for the use of Mastercard debit and credit cards were in breach of competition law.

Merricks’ case is being brought on behalf of all individuals aged over 16 who bought goods and services from a UK business that accepted Mastercard between 1992 and 2008 — unless they specifically opt out of the lawsuit. No date has been set yet for trial.

The CAT decision had been expected following a Supreme Court ruling in December which found the tribunal had been wrong to throw out Merricks’ case in 2017 and directed it to reconsider.

The tribunal has now ruled that Merricks’ lawsuit cannot include a claim for compound interest and cannot include claims from the estates of consumers who died between 1992 and 2008.

Lawyers said that the case was a major development for UK litigation. Boris Bronfentrinker, partner at law firm Quinn Emanuel, who is acting for Merricks said the ruling was an important landmark as the case was the first of its kind to proceed.

“It’s the biggest claim in the new regime and will open the door for other claims,” he said.

“The decision today reduced the value of this claim by more than 35%,” Mastercard said in a statement.  “Mastercard is confident that over the coming months a review of key facts will further significantly reduce the size and viability of the claim.”