MasterCard has reportedly drawn up plans for a takeover of Vocalink, the bank-owned company which handles £6tn-worth of payments in Britain each year.

Sky News has learnt that MasterCard, which is one of the world’s biggest credit card issuers, has 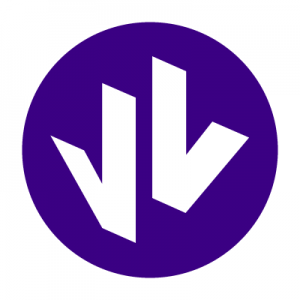 approached the board of Vocalink about a deal that could be worth more than £1bn.

News of the approach from MasterCard comes just days after the new payments industry regulator said that the current ownership structure of Vocalink was “hampering competition and the speed of innovation in the market”.

More than 90% of all salary payments, and virtually all state benefits are processed using Vocalink, which delivers the Faster Payments Service and the Bacs service which collectively underpin billions of payments.

The company is owned by 17 of Britain’s biggest high street lenders, with the biggest stakes held by Barclays, HSBC, Lloyds Banking Group and Royal Bank of Scotland.

MasterCard’s interest in acquiring Vocalink is understood to have been expressed prior to the Payment Systems Regulator’s remarks last week.

The US-based payments giant, which is a major sponsor of the UEFA Champions League, has hired Citi, the investment bank, to advise it on the approach.

If it led to a deal, it would herald a radical shake-up of Britain’s payments infrastructure.

Any deal involving Vocalink is likely to attract political and regulatory scrutiny given the degree of sensitivity which surrounds the industry.

The quickening pace of cross-border consolidation in payments is being driven by a recognition that such infrastructure does not necessarily need to be owned along traditional geographical lines.

Recent corporate activity in the sector, including the takeover of Nets in Scandinavia by two private equity firms, has fired interest in a new round of consolidation.

Vocalink made operating profit of £16.5m in 2014, a figure that was depressed by an investment in Zapp, a mobile service.

Under Sir John Gieve, the former Bank of England deputy governor who is its chairman, and chief executive David Yates, Vocalink has expanded abroad, signing key agreements in Singapore and more recently the US.