UK consumers are preparing a £19 billion ($24.7 billion) class action lawsuit against MasterCard, almost two years after a European Union court ruled the interchange fees the company had charged for cross-border transactions were unfair.

Walter Merricks, a lawyer who once led the UK organization that handles consumer disputes with banks, has 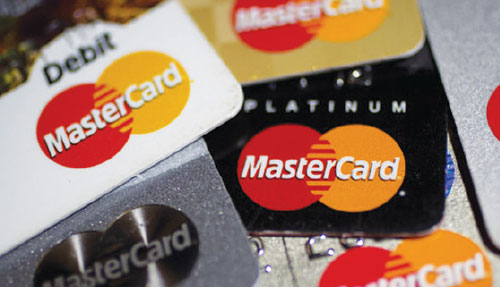 hired Quinn Emanuel Urquhart & Sullivan LLP to draft a lawsuit they plan to file by September, he said in a statement Wednesday. The claim would be the UK’s biggest and one of the first filed under the Consumer Rights Act 2015 – according to Bloomberg.

MasterCard has faced numerous lawsuits since EU courts said the company’s interchange fees for cross-border payments unfairly restricted competition. The firm had said that a cap imposed by the European Commission on what it charged retailers to process transactions on foreign cards would shift the burden onto consumers, an argument the Court of Justice rejected. The underlying antitrust investigation into the fees is on-going and the company said in October that it risks “substantial” fines in the matter.

“The prices of everything we all bought from 1992 to 2008 were higher than they should have been as a result of the unlawful conduct of MasterCard,” Merricks, who is the lead claimant, said in the statement. “My aim is to get the redress to which U.K. consumers are entitled and to ensure that MasterCard cannot hold on to the illegal profits.”

The company has fought back, denying it violated competition law by charging buyers excessive processing fees. MasterCard has also argued that stores can’t claim damages since they passed losses on to customers. The suits are on-going.

Merricks, who was head of the Financial Ombudsman Service, alleges MasterCard’s actions are responsible for about 19 billion pounds in damage, according to the statement. That could add up to hundreds of pounds for each consumer. The Consumer Rights Act rules mean all customers who lost out will automatically become part of the claim.