MasterCard is reportedly poised to receive an antitrust complaint from European Union watchdogs probing card-payment fees, according to three people with knowledge of the case.

Regulators may send a statement of objections to MasterCard before the end of July, said 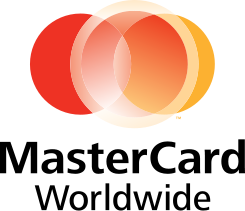 the people, who asked not to be named because the case isn’t public. Such filings in antitrust probes are usually a precursor for fines – according to Bloomberg.

EU antitrust regulators have targeted swipe fees on credit-and debit-cards for more than a decade, warning that the way the charges are collectively agreed on is anti-competitive.

“MasterCard being much more internationally focused, it has been more inclined to fight than to settle so far,” said Ruth Milligan, senior adviser on payment services at EuroCommerce, a group representing European retailers including Ikea, Carrefour and Tesco, which backs the European Commission’s stance in the case.

The latest EU case, opened in 2013, targeted excessive fees when foreign visitors go shopping in the 28-nation bloc, as well as measures thwarting cross-border competition among banks that offer card services to traders.

The EU antitrust watchdog said at the time it would also investigate MasterCard’s “honour all cards” rule, which obliges a merchant to accept all types of cards from the company, including premium products bundled with add-ons such as insurance and travel services.

MasterCard “is working with the European Commission on the issue as part of an ongoing constructive dialogue,” the Purchase, New York-based company said in an e-mailed statement. The commission in Brussels declined to immediately comment on the EU probe.

MasterCard’s competitor Visa Europe has also tussled with the Brussels-based commission over its fees system. Last year, it pledged to cut levies for processing credit card payments in a settlement with the EU that would cut charges by 40 percent to 60 percent. MasterCard in September lost an EU court challenge to a similar settlement.

Amid a regulatory clampdown, the EU has passed a law that would cap interchange fees on card payments and cut costs on such card transactions by 6 billion euros ($6.8 billion) per year. MasterCard was accused by the EU of waging a “mad campaign” seeking to derail the rules.

“It would be in the interest of the market for all the open issues in terms of interchange fees to be resolved as quickly as possible,” said Milligan by phone.

Retailers have campaigned for years against interchange fees, saying that they push up the final costs of goods and services, and amount to a hidden charge on consumers. Card companies insist that the fees ensure that retailers make a fair contribution to the underlying costs of electronic payment systems.

While MasterCard, in a previous EU probe, agreed to fee changes in 2009 in a settlement to avoid a daily penalty of as much as 3.5 percent of sales, it appealed the commission’s findings.

Another “settlement would be more advantageous from MasterCard’s point of view,” said Milligan.

MasterCard — supported in its court case by banks including HSBC and Royal Bank of Scotland — argued that its fees are “necessary for the viability of its global debit- and credit-card scheme.”

The EU’s top court based in Luxembourg in September 2014 ruled the company had failed to show the benefits that justified its system.

An SO allows the EU to set out its case, laying out where officials suspect a company has violated competition rules and citing evidence from complainants.

Once it gets the SO, MasterCard will have the chance to see the full set of the evidence — often redacted to cover companies’ business secrets — as it prepares a written defence against the EU complaint.