From 2011 and 2014, 700 million people became account holders at banks, other financial institutions, or mobile money service providers, and the number of “unbanked” individuals dropped 20% to 2 billion adults, says a new report from the World Bank.

“Access to financial services can serve as a bridge out of poverty. We have set a hugely ambitious goal – universal financial access by 2020 – and now we have evidence that we’re making major progress,” said World Bank Group President Jim Yong Kim. “This effort will require many partners – credit card companies, banks, microcredit institutions, the United Nations, foundations, and community leaders. But we can do it, and the payoff will be millions of people lifted out of poverty.”

Between 2011 and 2014, the percentage of adults with an account increased from 51% to 62%, a trend driven by a 13%age point rise in account ownership in developing countries and the role of technology. In particular, mobile money accounts in Sub-Saharan Africa are helping to rapidly expand and scale up access to financial services. Along with these gains, data also show big opportunities for boosting financial inclusion among women and poor people.

The findings come in the latest edition of the Global Findex, the world’s most comprehensive gauge of progress on financial inclusion. Financial inclusion, measured by the Global Findex as having an account that allows adults to store money and make and receive electronic payments, is critical to ending global poverty. Studies show that broader access to, and participation in, the financial system can boost job creation, increase investments in education, and directly help poor people manage risk and absorb financial shocks.

The 2014 Findex found there is still more work to be done to expand financial inclusion among women and the poorest households. More than half of adults in the poorest 40% of households in developing countries were still without accounts in 2014. And the gender gap in account ownership is not significantly narrowing: In 2011, 47% of women and 54% of men had an account; in 2014, 58% of women had an account, compared to 65% of men.  Regionally, the gender gap is largest in South Asia, where 37% of women have an account compared to 55% of men (an 18 percentage point gap).

“Among those of us passionate about advancing access to financial services for the poor, this landmark new edition of the Global Findex provides data that allows us to see what is working, what isn’t, and how we can focus our efforts most effectively to reach the goal of universal financial inclusion,” said H.M. Queen Máxima of the Netherlands, the UN Secretary-General’s Special Advocate for Inclusive Finance for Development and a strong early proponent of the power of data to drive financial inclusion.

In 2011 the World Bank – with funding from the Bill & Melinda Gates Foundation and in partnership with Gallup, Inc. – launched the Global Findex in over 140 countries to study how adults save, borrow, make payments, and manage risk. This update of the Findex tracks progress on global financial inclusion over time, including on the gender gap. 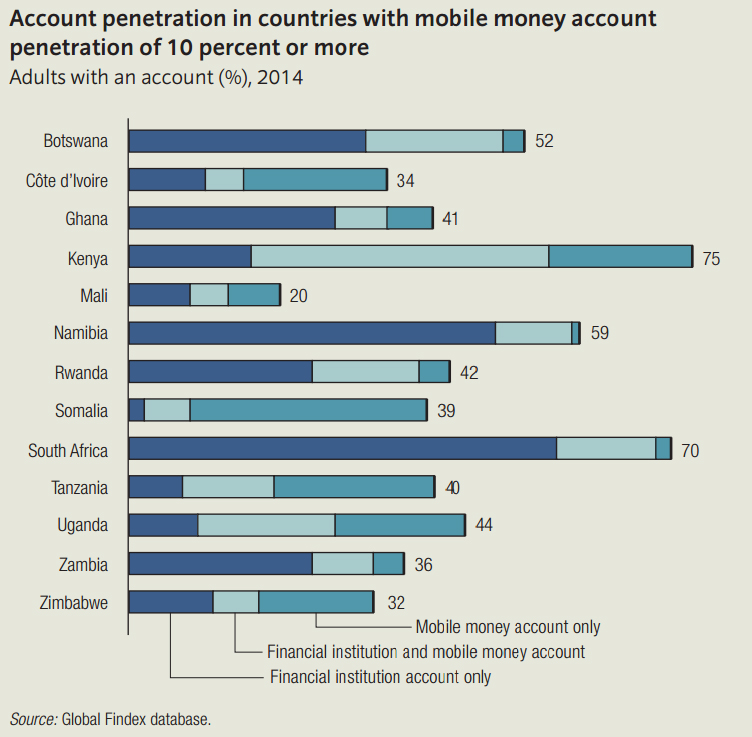 The 2014 Global Findex also explores financial resilience. People were polled about how they would pay for an emergency requiring spending the equivalent of one twentieth of their annual income, assuming they would need access to the money within a month. Globally, 76% of adults reported that they could come up with the local currency, and 28%—1.2 billion adults—in developing countries report they would use their savings in case of an emergency. Yet 56% of these adults do not save at a financial institution.

The indicators in the Global Findex database are drawn from survey data covering more than 150,000 people in 143 economies. The survey was carried out over the 2014 calendar year by Gallup, Inc. as part of its Gallup World Poll, which since 2005 has surveyed approximately 1,000 people annually in up to 157 economies, using randomly selected, nationally representative samples of adults age 15 and older. Surveys are conducted in the major languages of each economy.