Lloyds Banking Group has emerged as the leading bidder for Bank of America’s (BofA) £7 billion (A$12 billion) credit card business in Britain, taking the UK lender closer to its first acquisition since being rescued by the taxpayer more than seven years ago. 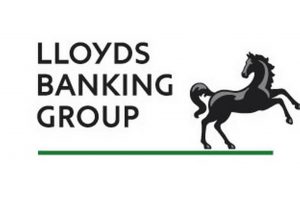 According to reports, Lloyds had moved ahead of US private equity group Cerberus, in the bidding for MBNA’s British credit card operation after BofA backed down on covering payment protection insurance (PPI), a crucial hurdle in negotiations.

Following an agreement from BofA to indemnify the buyer of a rise in, PPI   Lloyds re-joined the bidding race after initially pulling back due to the roadblock.

Following the takeover of HBOS during the global financial crisis, its impending collapse and taxpayer bailout, Lloyds was prevented from making further acquisitions until recently. The government plans to relinquish the remaining 10 percent stake in the next year.

The MBNA fits with Lloyds’ search for acquisitions to expand in higher-margin areas, including unsecured consumer loans, car finance, leasing and fleet management as it tries to offset the impact of low interest rates on its main mortgage business.

However, the deal may not be ratified by regulators. According to reports, should Lloyds buy MBNA it would control about a quarter of the UK credit card market by receivables, close to the share of market leader Barclaycard, which may raise competition issues.