The Celo Foundation, which not only appears to be similar to Facebooks Libra project but in direct competition, has unveiled 50 members for its ‘Alliance for Prosperity’. Celo has a financial inclusion goal, offers a stablecoin and has several shared members and backers. But while the alliance is new, Celo pre-dates Libra. 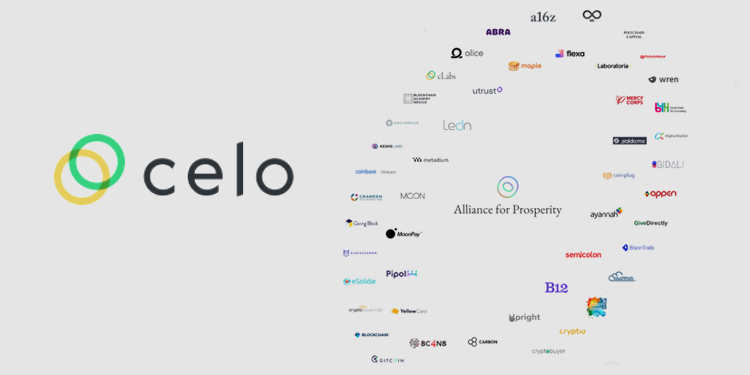 Many have questioned Libra’s financial inclusion motivations, particularly former member Mastercard. But in the case of Celo, the aim has been central from an early stage. The World Economic Forum (WEF) plans to release a paper: “Financial inclusion, real or not.” WEF’s blockchain leader Sheila Warren is a social entrepreneur and has previously said positive things about the initiative.

The Foundation’s members have a combined reach of 400 million people. Use cases being explored include remittances and payments, microlending, and making it easier to deliver humanitarian aid.

The organisation has raised more than $36 million to date mainly through tokens, including $15 million from Andreessen Horowitz, which also backs Libra. Other shared members include Coinbase, Anchorage, BisonTrails and MercyCorps.

The stablecoin currency will be the Celo Dollar, and the verifiers on the Proof of Stake blockchain will earn Celo Gold. Technically, the smart contracts are compatible with Ethereum, and it supports ERC20-like stable currencies.

Celo isn’t trying to replace the dollar with its own synthetic currency, and its reserve is backed with other cryptocurrencies rather than fiat cash. That might make it more acceptable to regulators who were worried that Libra’s token and fiat currency bundle-backed reserve could impact the global financial system. The first of the decentralised apps on the platform, the Wallet, is already available for iOS and Android.