JPMorgan Chase has agreed to pay a total of $446,822 to thousands of ex-prisoners to settle a class-action suit claiming the bank ripped them off with fees associated to their post release, jail debit cards.

$10 fees to withdraw money and $2 charges for using non-network ATMs, where part of the claim, according to 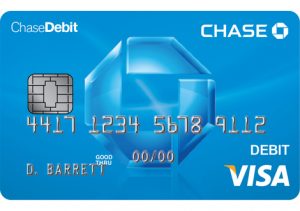 a filing on Monday in federal court in Philadelphia.

JPMorgan’s contract with the Federal Bureau of Prisons was a scheme “to exploit one of the most vulnerable groups imaginable — releasees from federal corrections facilities,” according to the complaint. “Every cent counts for federal releasees who are coming out of prison without an immediate means of income.”

Plaintiffs’ attorney David Stanoch said the settlement will return the fees charged to inmates under the contract. For example, former inmates paid $10 to get money from a teller window, which was a service offered for free to regular cardholders. Chase, JPMorgan’s retail banking arm, would charge former inmates $24.50 to replace a lost card quickly, almost five times the regular fee, and would charge $1.50 if the account was inactive for a month.

Ex-convicts also had to pay 45 cents — perhaps the equivalent of two hours’ labour inside — just to check their account balance.

“It’s unclear what, if anything, these fees are tethered to in terms of cost or administration of the program,” Stanoch said of the inactivity charge. “It’s simply money sitting there and not requiring Chase to do anything.”

Joseph Evangelisti, a spokesman for JPMorgan, declined to comment on the settlement.