JP Morgan Chase has been reported to be preparing to launch a digital bank in the UK in Q1 2020. 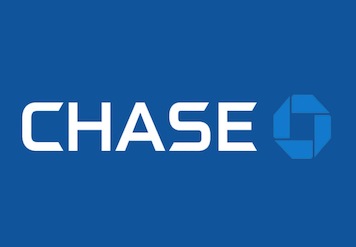 The rumours suggest that JP has signed up suppliers to provide cloud and digital banking infrastructure, including Amazon Web Services and 10x Future Technologies.

JP Morgan has yet to comment and has not yet officially confirmed the existence of the UK personal banking project.

A move into digital banking would allow the US giant to capture some of the millions of customers that have transferred from high street branches to online services during COVID-19.

The bank, which will launch under the Chase brand, is expected to be chaired by former Financial Conduct Authority executive Clive Adamson.

Digital banks, or neobanks, have been a major focus for investors, and are gathering new customers by the boatload. But are they really banking’s future – or just a sophisticated fad for tech-savvy millennials?

Go to any advertising billboard or bus-shelter in the UK urban centres and you’ll see it: wave after wave of advertisements for neobanks, from Revolut to Monzo, Starling, OakNorth and, until recently, Germany’s N26. A similar consumer blitz is underway in the US and major European markets.

Data from these new digital-only players suggests consumers are liking their pitch: Monzo recently announced it had acquired 3.8 million customers to date in the UK, and expects to reach at least 5.5 million in the next year or so. Across the neobank sector globally, PwC predicts compound annual growth of 46.5% each year until 2026, when it says neobanks will be generating revenue – not profit, of which more soon – of $394.6 billion annually.

Growth of this magnitude is naturally attracting attention from investors and competitors. 2019 funding rounds by Starling and Monzo netted both organisations $100 million, while Revolut’s February 2020 funding round raised $500 million and valued the company at $5.5 billion – three times what it was worth just two years ago.

Since Goldman Sachs’ successful entry to the segment with its “Marcus” brand, which is picking up a billion dollars a month globally in deposits, JP Morgan announced its plans to launch a rival neobank in 2020.

However, in 2018 JP Morgan launched digital bank Finn in an attempt to enter the consumer banking market, however it was shuttered a year later after struggling to recruit customers.

Its move to launch a digital bank in the UK follows rival Goldman Sachs’ expansion into the UK banking sector with the rollout of its Marcus brand in 2018.

Marcus brought in 500,000 customers. In June it closed its savings account to new customer after an influx of deposits during the Coronavirus pandemic, and currently holds more than £13 billion in UK deposits.