According to multiple press reports, Japan is planning to launch its own national digital currency, J COIN, in time for the 2020 Tokyo Olympic games. 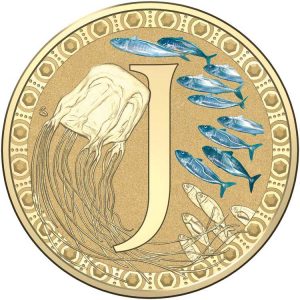 The announcement comes against the backdrop of Alibaba’s Alipay service being launched in the country, which is seen as a threat. Japan is a heavily cash-dependent economy and wants to change that over time.

The launch of the digital currency will be planned by a consortium of banks led by Mizuho Financial Group and Japan Post Bank. Both banks have secured support from the country’s central bank and financial regulator. The new digital currency is envisaged for use by the general public for payments and money transfers through smartphones.

The J COIN will be converted into yen on a one-to-one basis through a smartphone app, and scannable QR codes. The banks will benefit from the huge amounts of data it will collect on the spending patterns of individuals, and the economy is estimated to get a boost of more than ¥‎10 billion ($90 million) by eliminating the handling and settlement costs of physical currencies.

In an interview with the FT, Yasuhiro Sato, President and CEO of Mizuho Financial Group, said: “I think this electronic money is quite ahead of [credit and debit] cards, because when you use the cards the shops pay a certain fee,”  He refrained from divulging details of the J COIN project when asked about the issues and concepts.

Japan plans to showcase its FinTech capabilities before the world at the 2020 Olympic Games when lots of tourists are expected to visit the country. Several European countries are moving towards a cashless society after the success of the digital payment structure. Cash payments are now in decline in Britain, and since 2011 Sweden has reported a 27% decline in physical cash circulation.