As Bitcoin plummeted following a $15 billion crash, pressure is building on regulators to increase their oversight of cryptocurrencies, especially after irregularities at one of the world’s largest virtual trading platforms was also identified. 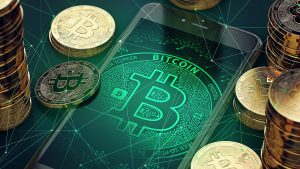 Cryptocurrencies suffered another battering in the markets, Bitcoin fell more than 10% to a low of $4,237, its weakest level since October 2017. That followed steeper moves earlier in the week among its closest peers. Ethereum, the third-largest cryptocurrency by market capitalisation, has fallen 14% in the past 24 hours to $140.

Overall, bitcoin is down 66% since the beginning of the year, while the market capitalisation of the broader asset class has fallen by about three-quarters in the same period. Central banks and securities watchdogs around the world are contemplating how to rein in the industry, where billions of dollars worth of digital currencies are traded daily without official oversight.

Christopher Woolard, executive director of the UK’s Financial Conduct Authority, said the regulator was “concerned about the potential harm posed by current usage of these often poorly understood crypto assets”. “It’s clear strong and speedy action is necessary,” he said in a speech.

A recent incident at Hong Kong-based OKEx increased uncertainty around cryptocurrencies, and prompted questions on how the territory’s Securities and Futures Commission can respond to trading problems in the cryptocurrencies market.

Hong Kong’s SFC said this month that it could soon allow some cryptocurrency exchanges to apply for licences, a major step that would bring some aspects of virtual asset trading under its jurisdiction. The regulator said that it “notes with concern the growing investor interest in gaining exposure to virtual assets via funds and unlicensed trading platform operators in Hong Kong”.

Focus on regulation has shifted to Hong Kong following an incident that rocked traders and caused estimated losses of $400 million. A change in the protocols used by the currency Bitcoin cash last week led to confusion in the market and, in turn, helped wipe $15 billion from the market capitalisation of the original Bitcoin.

In the midst of the volatility, traders say OKEx changed the rules of the underlying settlement index, leading to trades suddenly being settled against entirely different indices. “A comparable scenario would be Chicago Mercantile Exchange announcing that the S&P 500 E-Mini Futures contracts will settle and deliver tomorrow, but against the Shanghai Composite index instead of the S&P 500, in the midst of trading,” according to Amber AI, a cryptocurrency hedge fund.

Amber estimates traders took up to $400 million in losses. OKEx also forced earlier than expected settlement of Bitcoin cash contracts and eventually blocked orders from all traders using the platform. “There were instances where participants could not buy at market prices even when prices were moving lower,” said one trader.

OKEx said its system was overloaded during the change and apologised. But at least one cryptocurrency fund has made a complaint against the exchange to the SFC. It is unclear how, or if, the SFC will respond to such complaints.