Seven independent mobile payment systems in Europe have come together to form the European Mobile Payment Systems Association (EMPSA). The EMPSA will hold its headquarters in Zurich, Switzerland, the association will be chaired by the Chairman of the TWINT Board of Directors, Søren Mose. 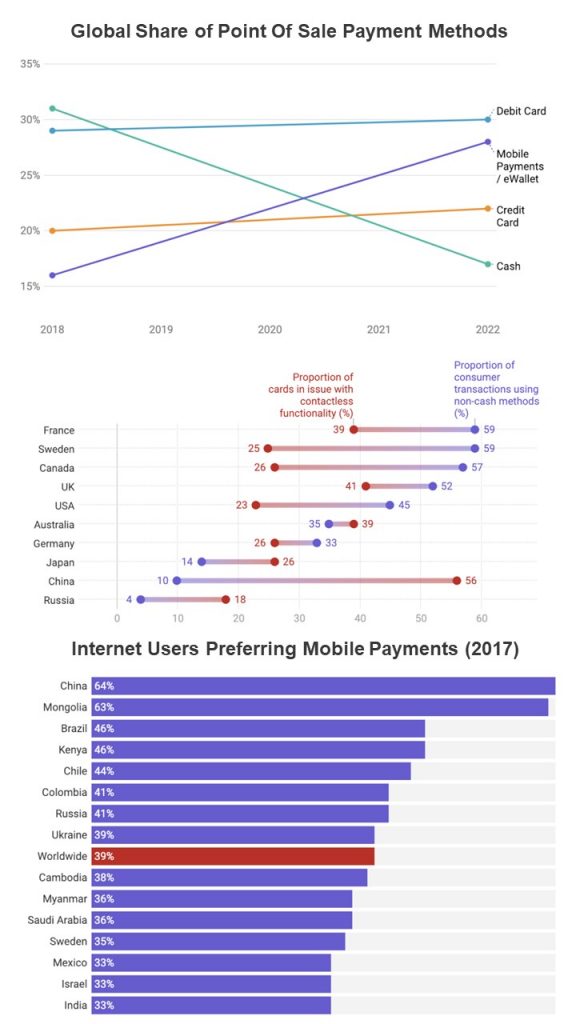 According to Allied Market Research, global mobile payment transactions will be worth more than £3.5 trillion by 2023, following growth of 33.8% CAGR between 2017-2023. Mobile payments are the future as we move towards a cashless world. In some markets, cash is already rapidly slowly as a means of payment, but many nations are slower to make the mobile switch for a number of reasons. Needless to say, we’re in the progress of a transition stage and this means merchants need to pick the right moment to incorporate mobile payments into their business.

EMPSA’s remit includes planning the interoperability of the mobile payment systems across national borders. Altogether, the seven companies have around 25 million registered users, over 1 million acceptance points and there are some 350 banks that support the systems.

Europe is home to some of the most cashless societies in the world and merchant service providers continue to increase their range of mobile payment options. As to be expected in such a diverse area, adoption varies greatly across different nations and there are a few standout countries driving the move towards mobile.

According to research from Visa Europe, millennials are driving the mobile payment revolution with 92% of the tech-savvy generation saying they’ll adopt the technology by 2020. Denmark and Sweden are Europe’s leaders when it comes to making proximity mobile payments, where they use their devices to pay for goods at POS locations in stores/business locations.

The same research also shows 68% of European consumers used a mobile wallet in 2017. The payment giant says Europeans “are feeling increasingly comfortable doing transactions on their mobile devices, moving away from desktops and laptops as nearly half (48%) of Europeans use a mobile device to shop….Almost the same number (45%) send money to friends and family using a smartphone or tablet.”

So, the smartphone has now established itself as a means of payment in a large number of European countries. These generally compatible mobile payment systems want to enter into closer working relationships with one another and have thus founded the European Mobile Payment Systems Association (EMPSA).

In the medium term, the association intends to make it possible for users to use all of the individual systems in each of the member countries. EMPSA has already set up a working group to review the technical issues surrounding interoperability.

“With this international cooperation, we want to accommodate our users’ wishes of also being able to use the tried-and-tested systems internationally,” explained Søren Mose, Chairman of EMPSA.

TWINT CEO Markus Kilb also had the following to say: “I am delighted that TWINT will be able to play a leading role in this association as the founding member. I am confident that this association will help to promote the interoperability and international use of the mobile payment systems in the medium term and establish a genuine European alternative means of payment.”