It is now almost 18 months since the introduction of the Interchange Fee Regulation. IFR covered a good deal more than the interchange fee caps and included substantial changes to the business rules for cards acceptance and processing frameworks.

So, has implementation been effective and more importantly have there been unintended consequences? asks Peter Jones, Managing Director at PSE Consulting – in this article which first appeared in the EPC Newsletter. 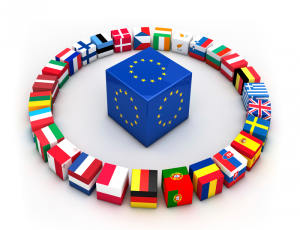 Impact of the Interchange Fee Regulation

Credit card issuers have suffered most from the reduction to 0.3% with average European Union (EU) interchange falling by over 50% and potentially €2bn annually sucked out of their revenues. This has forced issuers to cut back on consumer loyalty programs and cash back offers. Several have introduced card fees.

The UK, the largest EU credit card market, has been most impacted. Conversely, large merchants have received a very significant revenue transfer, adding to their profitability. Medium and small merchants (SMEs) have not been so lucky with many acquirers not passing on the full interchange reductions, reflecting increased scheme and other costs which have reduced acquirers’ SME margins.

Consumers are yet to see any reduction in the costs of goods and services directly attributable to the regulations.

Debit caps have had a lesser impact

Interchange fees in many nations were already close to 0.2% but there have been changes. The higher the scheme interchange fee the greater the propensity for an issuer to use that scheme. As yet the traditional low interchange fee countries (Netherlands, Denmark) have not increased their rates upwards. Germany’s new bilateral rates appear just below the cap. The UK dropped its maximum increasing substantially fees for high average transaction value (ATV) transactions. Conversely, Ireland reduced its debit rate to 0.1%. In France deferred debit cards are classified as credit thus the impact has been lower than predicted.

Based on market feedback, the multilateral interchange fee (MIF) caps have been widely applied although there is some evidence that cap exempt commercial cards issuing has increased but so far the impact is modest.

Business regulations were perceived by many as a Commission attempt to micro manage the cards business.

The new rules include the removal of scheme EU territorial restrictions. Essentially, the borders were removed. Visa and Mastercard had already pre-empted the changes but the travel and entertainment (T&E) card schemes have made significant changes to their country franchise structures.

A particular licensing outcome (linked to the caps) has been an acceleration of pan EU merchants seeking a single acquiring relationship. This is impacting smaller national acquirers who cannot offer the pan EU wide acceptance of the international players. Several domestic debit schemes feel similarly threatened.

One of the most far reaching changes is card scheme brand and processing separation. This was flagged in the ’s 2005 SEPA Cards Framework (SCF) and mostly implemented across the EU and to a fair degree by the International Card Schemes (ICS). The IFR’s objective was to increase processing competition and move away from mandated mono brand networks. The two major ICS have fully implemented and some acquirers are now requesting bids for multi-brand Authorisation and Clearing.

One of the least practical changes enables consumers to select a preferred brand on a co-badged card. A solution to resolve a problem? Cardholder research has never raised brand choice as a pressing requirement!

Even stranger, consumers can also overturn another rule which allows the merchant to steer the cardholder to their preferred lower cost and possibly incentivised brands. As a consequence, some national debit card schemes may issue separate co-badged cards just for cross-border usage with domestic cards mono branded to fend off ICS brand selection competition. But this would be a step backward from a SEPA perspective.

Another new rule is to mandate the unbundling (or unblending) of the Merchant Service Charge (MSC) to improve transparency. This entails breaking out interchange, scheme fees and processing (at product brand level) from acquiring fees, per card product. Acquirers call this Interchange++ billing a practice common in the US and UK. Unbundling is progressing slowly across the EU. Larger merchants lack the systems to check the validity of the massive volume of new data they now receive. Smaller merchants prefer the simplicity of a single unit or ad valorem fee per transaction and many have opted out under the rules.

Honour All Cards and surcharging stalled?

Worldwide regulators have disputed the ‘Honour All Cards’ (HAC) rule whereby schemes mandate merchants must accept all their branded products. The IFR allows HAC but only for cards subject to the caps. Currently merchants lack card tables to identify capped and uncapped cards. So, implementation has stalled. Conversely (under the revised Payment Services Directive — ) merchants are allowed to surcharge non-capped cards but again they need tables to identify cards.

Regulations no guarantee of implementation

It is interesting to look back to 2005 and to compare the EPC’s original SCF proposals with the IFR. Several IFR mandates incorporated within the original SCF are now struggling, indicating that regulation does not guarantee easy implementation. 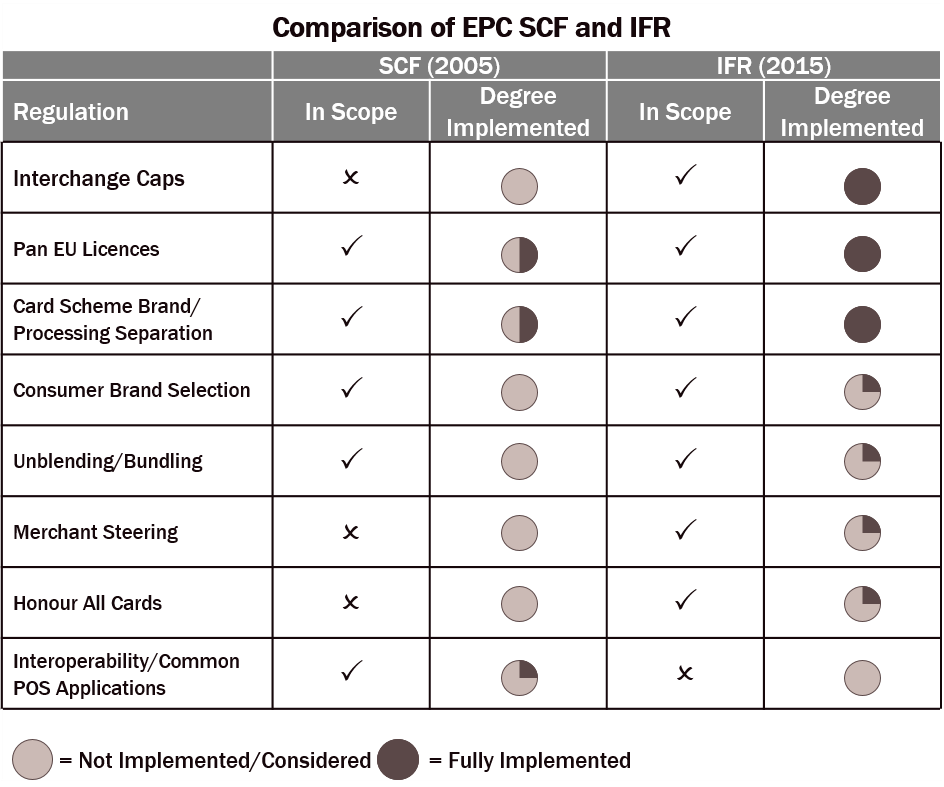 So, what have been the unintended consequences of the IFR? The caps have transferred substantial revenues to large merchants but consumers and the mass of SMEs have seen little benefit. Debit rates have increased in some countries. Lower interchange has been partly offset by higher card scheme fees.

Pan EU merchants are contracting with pan EU acquirers to the detriment of national only players. Pan EU licences and consumer brand selection have potential to damage the EU’s cherished domestic debit schemes and consumers may be forced to carry separate cards for cross border usage which would not be ‘SEPA-compliant’. The implementation of unblending is patchy and large merchants are struggling to understand and manage massive new streams of data.

But not all IFR implementation has been negative or stalled. Longer term competition will inevitably drive down consumer and smaller merchant costs. But there is still some way to go!

This article was written by Peter Jones, Managing Director at PSE Consulting and published in the EPC Newsletter – June 2017. Click here to subscribe to the EPC newsletter.

The post Impact of the Interchange Fee Regulation on the European cards market – 18 months on appeared first on Payments Cards & Mobile.