Heavy-weights join board of reserve-backed cryptocurrency

In an under reported story regarding the ultimate direction of cryptocurrencies, some of the world’s best-known economists have announced plans to create what could be described as a reserve-backed cryptocurrency. 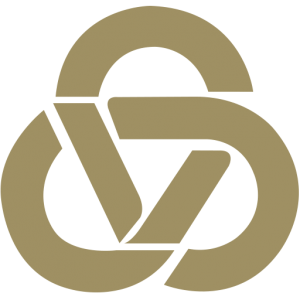 Heavy-weights join board of reserve-backed cryptocurrency

Saga, the entity set up to develop the currency, aims to address many of the criticisms frequently thrown at bitcoin, the world’s biggest cryptocurrency, to position itself as an alternative digital currency that is more acceptable to the financial and political establishment.

It is being launched by a Swiss foundation with an advisory board featuring Jacob Frenkel, chairman of JPMorgan Chase International and former governor of the Bank of Israel; Myron Scholes, the Nobel Prize-winning economist; and Dan Galai, co-creator of the Vix volatility index.

The Saga token aims to avoid the wild price swings of many cryptocurrencies by tethering itself to reserves deposited in a basket of fiat currencies at commercial banks. Holders of Saga will be able to claim their money back by cashing in the cryptocurrency.

The currency also aims to avoid the anonymity afforded by bitcoin, which has raised financial crime concerns with regulators and bankers. Saga will require owners to pass anti-money laundering checks and allow national authorities to check the identity of a holder when required.

“While blockchain technologies have gained growing acceptance, encrypted currencies have raised public policy concerns, since they are anonymous, unbacked and are highly volatile,” said Mr Frenkel. “I share these concerns and see great value in Saga’s vision to address them properly.”

Deposits will be made in the IMF’s special drawing basket of currencies, which is heavily weighted in US dollars. The Saga foundation has raised $30m from investors, including Mangrove Capital Partners, Lightspeed Venture Partners, The Singulariteam Technology Group and Initial Capital.

Instead of opting for a standard initial coin offering, the foundation is creating a different class of token that will to begin with be worth nothing but entitles its investors to a rising number of Saga as usage of the cryptocurrency grows.