Have we gone around the block with blockchain?

Blockchain has been seen as a panacea for all that ails the financial services and payments industries, but expectations for the distributed ledger technology have been falling almost as fast as the price of the bitcoin cryptocurrency it underpins. 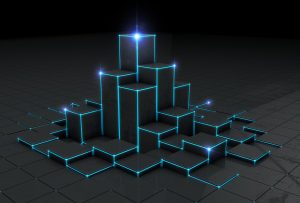 Have we gone around the block with blockchain?

Citigroup boss Mike Corbat, who oversees one of the world’s biggest banks and its $8 billion a year technology budget, has been following the technology more closely than most and now believes that blockchain will not be “transformational” in the short term.

“I think in many of these things, the expectations and the pace of implementation far exceed . . . what’s there,” he told the FT in an interview, where he also predicted the widespread replacement of call centre operatives by artificial intelligence.

Mr Corbat likened blockchain’s evolution to “an old analogy; if you invent the fax machine and you’ve got the only one, it’s pretty lonely for a while, but eventually others [join]. What you’re doing with blockchain and the distributed ledger, you need other players involved. And I think the industry [is] moving at different speeds.”

Or as the head of another investment bank puts it more bluntly: “The expectations at the beginning were f***ing ridiculous.”

That’s not to say that bankers are giving up altogether on a technology that the financial services industry is collectively ploughing $1.7 billion a year into, according to research from Greenwich Associates.

Mr Corbat said he has “high expectations” for the technology “in the intermediate to long term”. He called out trade finance — a multibillion dollar a year revenue line for Citi — as somewhere blockchain has serious potential since it’s “one of those areas where it’s still notebooks and pens and paper”.

“Anything where you’re trying to create a record of ownership — mortgage ownership, liens in lending, where you can go back and create a chain of ownership, blockchain is very impactful,” Mr Corbat added.

Another senior bank executive said blockchain has “great potential” over the longer term thanks to the need for “technology to ensure integrity (of transactions) in an inexpensive manner”.

JPMorgan Chase has been fronting the industry’s single largest blockchain initiative, the Interbank Information Network, where more than 100 banks are now putting information about certain cross-border transactions on to a mutually accessible ledger to cut down on delays when payments hit compliance hitches.

Spain’s BBVA has also been an active blockchain experimenter. It paired with two other banks in November to do the first ever syndicated loan on blockchain, and earlier in the year issued the world’s first corporate loan on blockchain.

Last week, JPMorgan debuted their latest blockchain technology — the JPM Coin, which can be transferred almost instantly over blockchain between the banks’ corporate clients, who can then convert them to dollars.

The post Have we gone around the block with blockchain? appeared first on Payments Cards & Mobile.