GRAFT (Global Real-time Authorizations and Funds Transfers), a blockchain payment network innovator has announced that it has achieved its first end-to-end instant payment transaction (under 2 seconds) on the GRAFT Network. 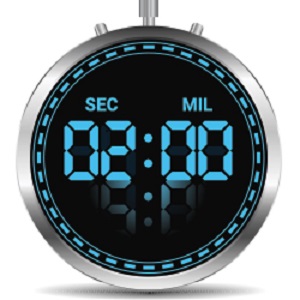 This is a critical milestone which serves as a precursor to enabling the use of cryptocurrencies like Bitcoin at the point of sale using existing smart payment terminals.

GRAFT is a universal payment blockchain designed to support the larger crypto-ecosystem and global merchants by providing “last mile” bridge between users of cryptocurrencies (such as Bitcoin, Ethereum, Dash, Monero, and several others) and merchants using existing point of sale terminals, creating a credit card-like Real Time Authorisation (RTA) system for transacting with digital assets.

This is accomplished on the GRAFT Network, an open source payment network where the buyer pays using the digital asset of their choice, and the merchant receives a payout in the currency of theirs (cryptocurrencies as well as local fiat tender such as US Dollars, Euros, Australian dollars, Pound sterling, Swiss francs, Japanese yen, and any others), while reducing fees compared to traditional credit/debit card transactions, and enabling value-add services like loyalty programs, or person-to-person credit.

“We are excited to announce that RTA transactions are now working end-to-end for the entire sale workflow,” says GRAFT Co-creator, Slava Gomzin. “The system is stable with it taking just a couple of seconds to get approval on both wallet and the point of sale as expected.

This is a huge milestone, not just for our alpha test, but it represents a key breakthrough making virtually any digital asset useful at the point of sale by solving the key challenges of transaction speed, fees, and volatility. We will continue to make improvements as we move towards the GRAFT Network beta release, but we are happy to reveal that the first instant payment on a private CryptoNote blockchain is now a reality!”

“GRAFT is producing a real time authorisation and brokering system (similar to how credit card networks function) that not only addresses the issues that have been stopping merchants from accepting digital assets but opens up the entire payment processing space to a shared economy model, similar to what Uber and Airbnb have done for taxi and hotel industries,” continues GRAFT Co-creator Dan Itkis.

“The ability to both accept payments and do the exchange in real time is truly the first-of-a-kind game-changer type of solution for the cryptocurrency space.”