Amazon, Apple, Alphabet, Facebook and Microsoft are facing a new wave of scrutiny over whether they stifled competition by buying up smaller rivals. The Federal Trade Commission has asked the firms to hand over information about a decade of deals, warning it could lead to action being taken. 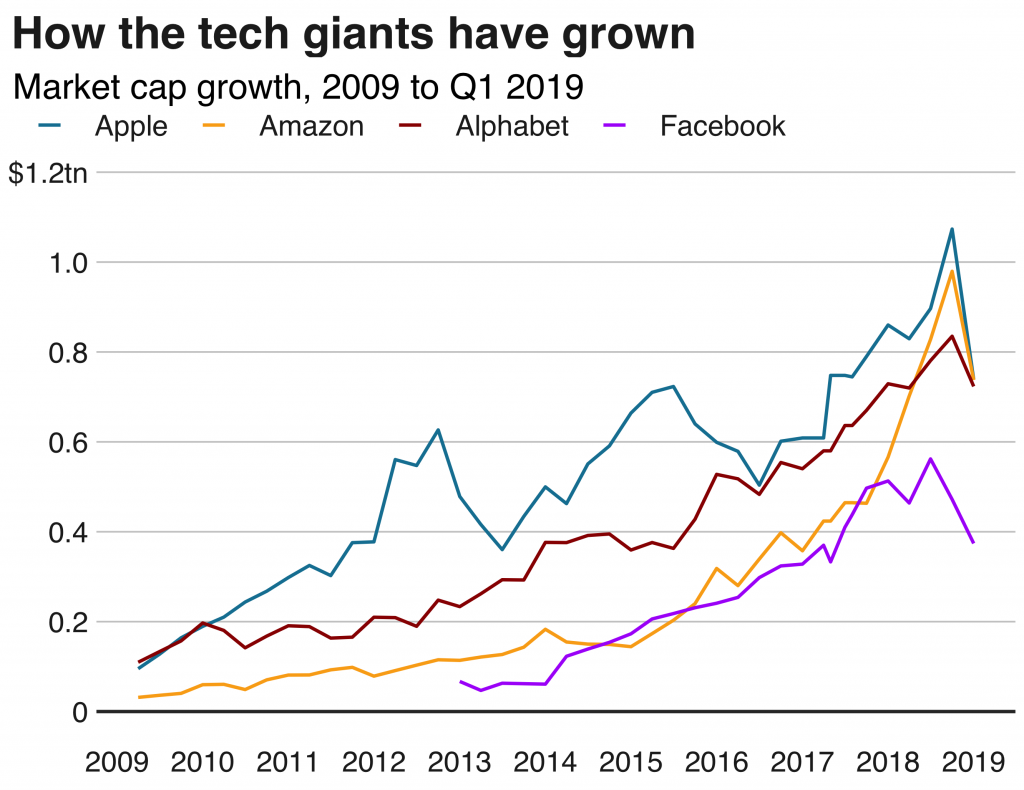 The tech giants already face several government investigations into whether their practices harm competition. FTC chair Joseph Simons said “all options are on the table. If during this study, we see that there are transactions that were problematic, it is conceivable we could go back and initiate enforcement actions to deal with those transactions,” he said. Actions could include forcing companies to unwind deals or break off parts of their business, he added.

Mr Simons said the FTC’s probe was separate from the investigations being undertaken by the Justice Department, a coalition of states attorney generals and Congress. It is using authority that it has previously used to examine cigarettes, alcohol advertising and internet providers.

Critics of the tech giants say the firms have consolidated power over the last decade by buying up potential rivals. Examples include deals such as Facebook’s 2014 purchase of WhatsApp, Apple’s 2014 acquisition of Beats and Amazon’s takeover of Diapers.com, which was announced in 2010. They have called on US regulators take more action, pointing to fines and other measures issued in Europe.

The orders that the FTC announced concern deals completed between 1 Jan 2010 and 31 December 2019, focusing on the many, often smaller, transactions that the firms were not required to report to the government. The FTC said it expected its request to yield information on “hundreds” of purchases and inform debate about whether the US should change its rules for what kinds of deals are subject to government review.

Currently, firms must report any deal worth more than about $90 million to the government. Officials did not specify a timeline but said they hoped to move quickly. The agency has faced calls by some members of the US Congress to move more aggressively against the tech firms such as Facebook.