The German e-commerce market is predicted to increase by 9% this year, meaning the online retail industry could be worth €57.8 billion at the end of 2019.

The latest figures come from Handelsverband Deutschland, and show a reversal of the declining growth rate of German e-commerce from the last few years.

According to the Handelsverband Deutschland retail association, the business-to-consumer e-commerce industry in Germany was worth €53.3 billion last year and is now predicted to increase by 8.5%. If this happens, e-commerce in Germany will be worth €57.8 billion at the end of this year. 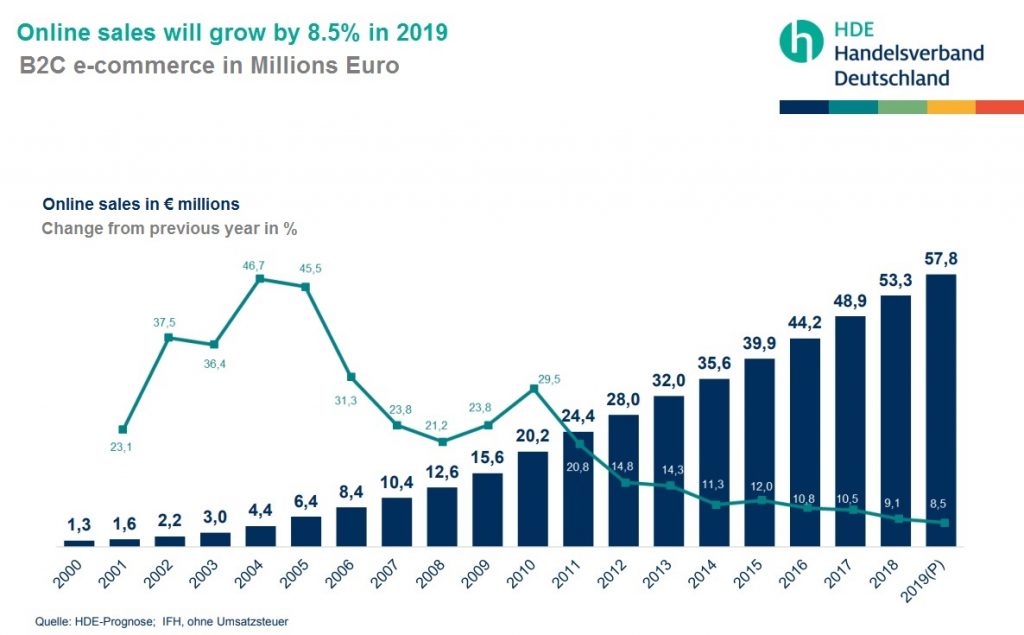 When viewed across the total retail industry in Germany, companies remain divided about the nature of its growth. For the year 2019, 35% of companies surveyed expect a decrease in sales, 32% expect an increase, while the remaining 33% think the total retail sales will stagnate.

But when asked about the online sales expectations of the multi-channel industry, 64% expect an increase, while only 11% think these sales will decrease in the current year.

While the e-commerce industry in Germany is set to increase by 8.5% this year, the Bricks&Mortar retail is expected to grow just 1.3%.

Online shoppers in Germany (47 million in 2015) are keen on using invoice, as it is their preferred online payment method. According to a 2018 survey almost six in ten online customers in Germany pay afterwards whenever they’ve ordered something online. 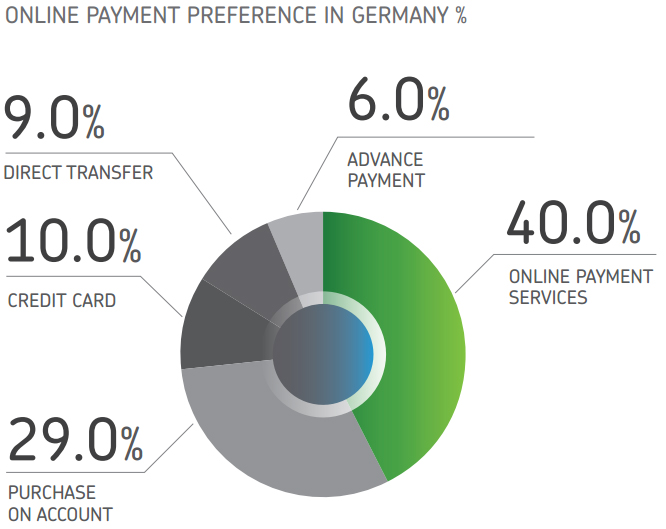 But it’s not only invoice that’s popular, 34% of the German customers use credit cards (MasterCard, VISA or American Express). Other online payment methods that are often used are PayPal, ELV, GiroPay, Sofort Überweisung , RatePay and cash on delivery.

Another study, one from BITKOM, suggests that with 63% invoice is the most important payment method in Germany, followed by online payment services such as PayPal (56%), debit (46%), credit card (29%), immediate transfer/Giropay (26%), payment in advance (24%), cash on delivery (9%).

Online fashion is the most popular product category in Germany, followed by consumer media and electronics.

To learn more about e-commerce in Europe click HERE