The German e-commerce market  hit highs of €72.6 billion in 2019. This is an increase of 11.6% compared to the previous year’s figure of €65.1 billion including VAT. The growth of the German online retail industry is thanks to shoppers ordering several times a week and a significantly increase order volume through mobile devices.

The data from the largest e-commerce consumer study in Germany on behalf of the Bundesverband E-Commerce und Versandhandel eV (bevh) shows that one in three orders are placed today via smartphones and tablets. Five years ago, it wasn’t even 20%. The high number of orders overall is also due to the fact that retailers and deliverers have become even better in the eyes of customers. 94.5% of those surveyed said they were very satisfied or satisfied with their online shopping, after 93.9% a year ago. 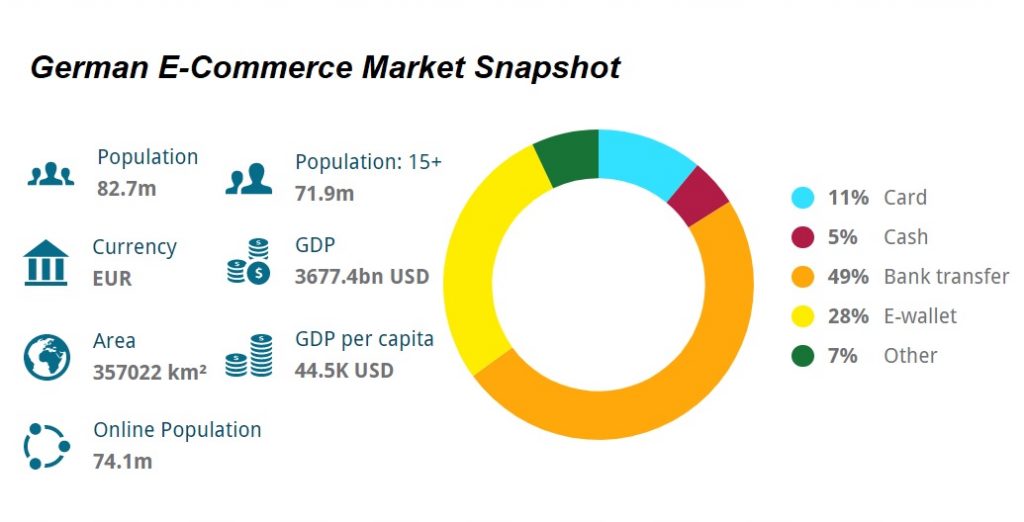 “Germany’s online trade is in the fast lane. E-commerce is becoming increasingly efficient and retailers are well equipped for further growth. The increase in customer satisfaction in another growth year has shown this impressively,” comments Gero Furchheim, President of the bevh and spokesman for the board of Cairo AG:.

According to its president, Gero Furchheim, ecommerce in Germany is in the fast lane. “Ecommerce is becoming increasingly efficient and retailers are well equipped for further growth. The increase in customer satisfaction in another growth year has shown this impressively.”

All types of vendors contributed to the growth. Multichannel vendors were clearly ahead in 2019, with a total increase of 13%. The online shops of stationary retailers grew significantly below the market level at 8.2%. In contrast, providers who linked a catalogue offer to online retail grew by 18.1%. Online pure players and marketplaces grew almost equally at 10.7% and 10.8% respectively. Almost nothing changes in the distribution of sales: As in the previous year, 47% of sales are attributable to online marketplaces, 35% to multichannel providers and 15% to internet pure players.

In the fourth quarter of 2019, e-commerce alone grossed significantly more than €20 billion in one quarter with €22 billion gross. The entire interactive trade in Germany achieved little more with €22.3 billion including VAT. Online trading accounted for almost 99% of interactive trading for the first time.

Based on the good business results of 2019, bevh expects further growth for e-commerce this year. According to our forecast, due to the subdued economic outlook in 2020, it will be slightly lower at 10% than in 2019. Nevertheless, €80 billion including VAT will probably be achieved in e-commerce with goods. Total interactive sales of goods and services will exceed the threshold of €100 billion including VAT for the first time in 2020.

“The record year 2019 has shown that digital business is the engine of retail and platforms are increasingly becoming the operating system of the entire value chain. Retailers and wholesalers will be digital, or will have disappeared, ” concludes Christoph Wenk-Fischer, managing director of the bevh.