Centre for International Governance Innovation (CIGI) has urged G20 members to take control of blockchain technology by building an international, regulatory framework. Blockchain is key for an inclusive, transparent and accountable digital economy in G20 countries, according to a new report published by the international economic forum. 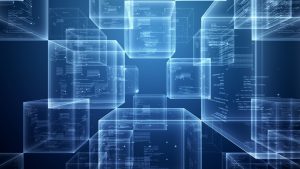 The study warns that the risk of failing to put regulation in place will further fragment the global economy. The study goes as far to say that blockchain technology could end up being used for Dark Web deployments.

However, prompt action on building the advised framework would result in minimising the downside risks, while putting the ‘socially beneficial properties’ of the technology to best use. By doing this the report says that a ‘just, prosperous and truly shared global economy’ can be achieved.

Penned by Julie Maupin, a senior fellow at CIGI, the report was featured as part of the organization’s ‘Policy Briefs‘, which feature recommendations on areas of interest to G20 policymakers.

To make this a reality, Maupin argues the G20 should organize a research group to identify which regulatory regimes can be made more efficient through the use of blockchain, and promote a ‘sandbox’ to test the most promising concepts related to blockchain use cases.

Finally, the report proposes a plan of action including a G20 partnership with other transnational regulatory bodies focused on blockchain related issues of global concern, including the International Standards Organization (ISO), the International Law Association, the Financial Action Task Force (FATF) and the Organisation for Economic Co-operation and Development (OECD).

A list of extremely high profile organisations including J.P. Morgan, Microsoft and Accenture have recently formed the Enterprise Ethereum Alliance, with the intention of paving the way toward the widespread uptake of blockchain among large firms.

Also in recent months, a group of seven banks including HSBC have banded together with the ambitious target of putting blockchain technology to use by the end of 2017.

The study says: “The G20 countries should support beneficial private sector blockchain development by promoting the establishment of a global regulatory sandbox for the most promising blockchain use cases. This would allow different technical deployments of blockchains to be tested and refined within an environment that allows innovators to cooperate with national and international regulators.”