Three FinTech mega-deals totalling $87 billion set the scene for a record-breaking $120 billion in disclosed transaction value for the sector in a ‘white-hot’ first half of 2019, reveals the latest global FinTech M&A Market Report. 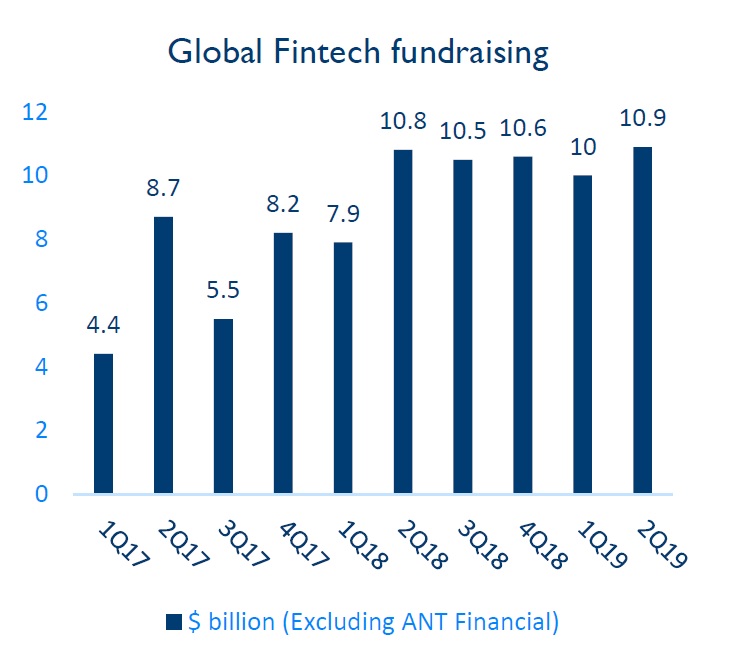 Hampleton Partners noted that all three of the top transactions were in the payments processing segment: FIS acquired Worldpay for $43.6 billion, Fiserv acquired First Data for $22 billion and Global Payments acquired TSYS for $21.2 billion.

Fundraising in FinTech continues its record-breaking course. With 818 fundraises so far in 2019, the anticipated annualised figure of 1,636 would set a new annual record, narrowly beating those figures recorded in 2017 (1,632) and in 2016 (1,633). Furthermore, excluding the Ant Financial deal of June 2018, Q2 2019 recorded the most FinTech fundraising ever with $10.9 billion raised.

All this confirms that, while they seem to be gradually multiplying in number, FinTech funding rounds in North America and Europe are becoming larger. However, Asia is not currently sharing the same level of fundraising success, with fundraise count and value stagnating. 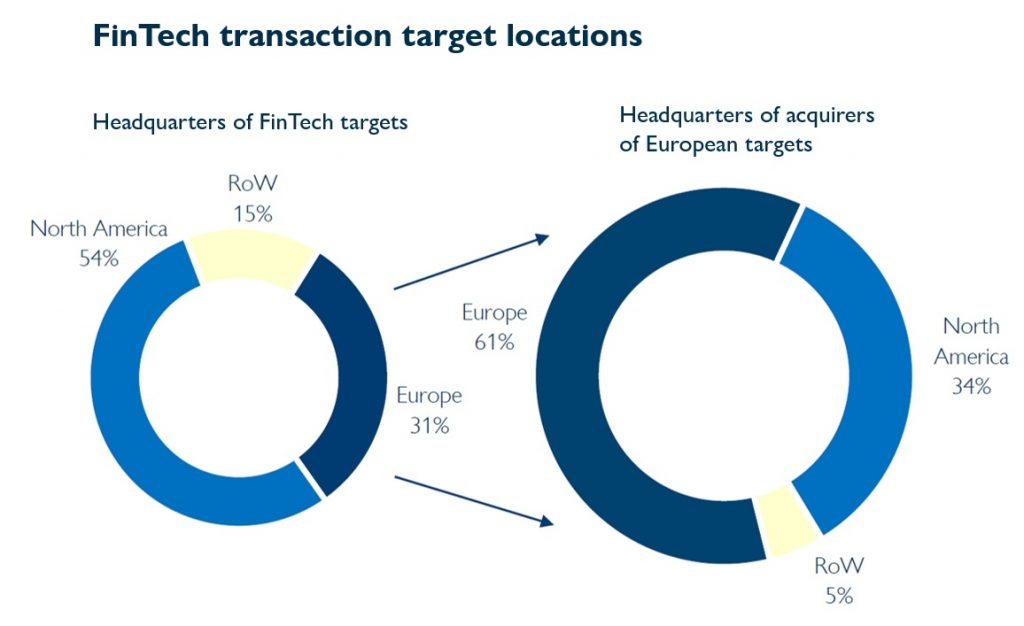 Excluding the three mega-deals in payments processing, enterprise financial software remained the largest FinTech sub-sector, with over 75% of remaining disclosed deal value and just under 50% of all deal volume – 98 deals.

As challengers use their agility to attract new customers, legacy players are forced to acquire the necessary technology to compete. Investors and acquirers will tend towards targets that focus on automation via disruptive technology, such as real-time payment processing technology; AI chatbots (expected to save banks $7.3 billion annually by 2023); and mobile banking, as in-person branch visits are set to fall 36% between 2017 and 2021.

Challenger banks like Chime, OakNorth or N26 will also continue to grow, whilst RegTech is on the rise, allowing firms to stay compliant through cloud-based platforms and machine learning.

Meanwhile, blockchain utilisation continues to spread through collaborative platforms like Bitpay with Visa.

The future of FinTech fundraising

“The heat is being applied to fundraising, auguring well for future large-scale FinTech exits. Q2 2019 proved to be the largest quarter ever for FinTech fundraising, with Europe already exceeding its 2018 annual record,” continues Simnett.

“As Europe and North America power ahead of the currently moribund Asian FinTech fundraising market, we expect this to yield several large-scale FinTech M&A transactions in the future.”