According to the survey, conducted by MagnaCarta on behalf of ACI Worldwide, more than three quarters (78%) of traditional FIs are now actively seeking partnerships with fintechs in order to create digitally-based services and applications for customers, and believe that collaborating with fintechs will help them to achieve their goals faster and more cost effectively.

The  FinTech Disruptors Report 2017 finds that such partnerships are taking a wide range of forms, from selective collaborations and in-house acceleration programmes to acquisitions, joint ventures and, for a growing number of banks, a blended approach that includes a combination of some or all of the elements above. 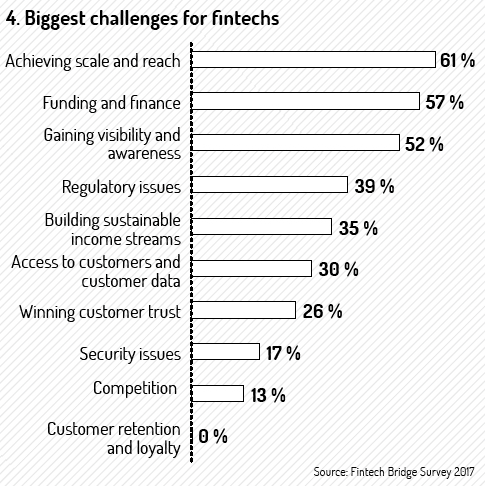 Collaborating comes with a range of benefits for all of these organizations, the research shows: FinTechs look to banks for help with financing or to get access to a broad customer base, whereas traditional FIs are increasingly looking to work with fintechs in order to develop new applications and generate new revenue streams.

Key findings of the report:

“Our research shows that the transition from an analogue to a digital banking model and from complete to shared ownership is well underway. Traditional players and fintechs have realised that neither can win in isolation and that collaboration is the way forward for those that want to succeed,” Paul Thomalla, SVP for Global Business Development at ACI.

“Businesses on both sides of the bridge that are ready to adapt to the new terms of the alliance will share the rich rewards to be won from combining institutional scale with entrepreneurial agility.”

“Our survey demonstrates that FinTechs and traditional financial institutions are now closely aligned in both their aims and approaches. The fact that both industry groups are now keen to forge partnerships suggests that, if anything, we are likely to see acceleration of the current rapid pace of development of new financial technologies in 2017 and beyond,” Simon Hardie, Partner at MagnaCarta Communications, who conducted the research.

“Challenges remain, notably in aligning the cultures of large organizations and start-ups; however, we believe an increase in the current phase of mass development will lead to the adoption of a revolutionary digital delivery platform for financial services within the next ten years.”