Fidelity and SunGard in acquisition talks

Shares in US payment service provider Fidelity National Information Services have soared on speculation that it is in talks to buy financial technology conglomerate SunGard. 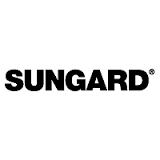 Fidelity is in talks to buy SunGard

Private equity-owned SunGard filed for an IPO in June this year, following the appointment of financial advisors to explore its options after an approach from an unidentified third party. SunGard is currently estimated to have a value of around $8.3 billion. SunGard was acquired in 2005 by seven private equity firms for $11 billion.

SunGard provides a number of software products, primarily for banks and other financial institutions. The company’s revenue has been flat for the last five years. Last year, the company lost $222 million on $2.8 billion in revenue.