On Friday, the Financial Conduct Authority said it would scrutinise the burgeoning sector to find 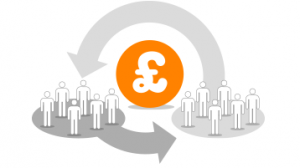 out if consumers who lend and invest money on peer-to-peer and similar crowdfunding platforms understood the risks they were taking — especially as the industry attracts more “retail investors who are less experienced or knowledgeable” – according to the FT.

According to the regulator, one of the systemic risks posed by P2P platforms is a “maturity mismatch”: between the three-to-five-year terms of the loans people make, and the promise to return their cash within 30 days if needed.

It was possible that platforms could “only repay investors if they have money of their own available”, the FCA warned, adding this “might also transfer risk from investors who leave platforms to those that stay on”.

P2P lending and crowdfunding became subject to FCA regulation in 2014 and Friday’s announcement — of a post-implementation review of the rules — follows growing political pressure for more scrutiny.

Last month Andrew Tyrie, the chairman of parliament’s Treasury Committee, wrote to the FCA to warn that “poorly informed investors may be left with a false sense of security about the balance of risks versus returns”.

Lord Adair Turner — former chair of the FCA’s predecessor, the Financial Services Authority — has also warned that P2P lending and crowdfunding may pose grave systemic risks. In February, he told a BBC interviewer that, over the next five to ten years, P2P loans could be the source of losses that “make the worst bankers look like absolute lending geniuses”.

P2P and crowdfunding platforms gave news of the FCA’s review a cautious welcome. Their trade body, the Peer-to-Peer Finance Association, said it created “an opportunity to ensure an appropriate balance of regulation protecting investors and borrowers, without stifling innovation and competition”.

Rhydian Lewis, chief executive of P2P lending platform Ratesetter, said: “Peer-to-peer investing is becoming very popular and it makes sense for the FCA to ensure it is appropriately regulated.”

According to the FCA, £2.7bn was invested on regulated P2P and crowdfunding platforms last year, up from £500m in 2013. Crowdfunding — whereby many small investors lend to or invest in a start-up project — has provided finance to organisations as diverse as Blaze, the company that makes the lights for London’s so-called Boris bikes, and CrowdJustice, a group aiming to test the legality of Britain’s Brexit vote.

However, the FCA views crowdfunding and P2P platforms as interchangeable, even though many in the industry argue differently, often claiming that P2P involves lending while crowdfunding is an equity investment. Instead, the regulator deems P2P “loan-based crowdfunding”, arguing that it increasingly involves pooled credit risk, where a number of investors lend to one borrower.

Both forms of financing are more established in the US than in Britain, but are also a cause for concern there.

In mid-May, shares in Lending Club, the biggest US P2P platform, halved in value after employee fraud was exposed and its chief executive resigned.

In its paper published on Friday, the FCA detailed a range of risks for UK investors using P2P or crowdfunding platforms. These included the “pooling of credit risk” whereby all investors become vulnerable to defaults by borrowers they did not wish to be exposed to.