That the big markets in Latin America, despite the issues surrounding general growth in those markets, are experiencing an explosion of growth in LatAm e-commerce is not big news. 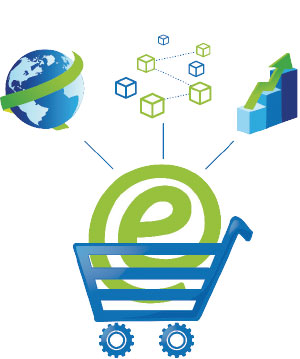 However, as consumers continue their rapid move towards smart phones and the internet penetration of average consumers grows fast, consumers, in the midst of economic woes are being given the opportunities that many western markets have taken for granted for the last five years.

Armed with smartphones and increasing access to the internet Latin American consumers are now using the technology in hand to search for and purchase the goods and services that they require at better prices and greater convenience than they were able to get in the past.

Size of the Prize

According to Forrester – e-commerce in Brazil, Argentina and Mexico will grow from $20.8bn in 2015 to $30.9bn in 2016, with Mexico leading growth; doubling online sales and shoppers over the next five years. Overall e-commerce growth stats for the region run at a CAGR of 17% from 2015 to 2019 – reaching $85bn, with the biggest markets being:

Size of the Problem

The numbers are spectacular, so why aren’t the big brands rushing in to fill the void?

The issue that all foreign brands, and indeed a number of domestic market brands trying to sell cross border, is that in its infancy, the e-commerce market for merchants and payments providers is fragmented to say the very least.

Not only is the payments infrastructure difficult to navigate, but so are the national laws surrounding payments, noticeably different in each of the major markets.

“The Latin American market is extremely complex and an unknown quantity for non-domestic merchants,” explains Brad Hyett, Managing Director of Europe for BlueSnap.  “We have seen many merchants run into trouble when they don’t understand the nuances of each country; their norms, regulations and various payment methods.”

One of the key, and contributing factors in this complexity is the number of local cards (i.e domestic brands) in the studied markets and the different uses of payments on the internet:

The use of domestically issued cards (even if they are badged with Visa, Mastercard or others) is an obvious inhibitor to cross border sales as the cards are simply declined. For the local merchants this is more of an annoyance to growth as opposed to a contributing factor to the failure of some of the foreign merchants which have thus far tried and failed to make an impact in these fast-growing markets.

“Even within familiar markets the impact of payment types and consumer behavior on conversion optimization is a hot topic.” Hyett continues. “These challenges become exponentially more difficult across Latin America – where payment types, acquiring rules and banking regulation ratchet up the difficulty of achieving success.  BlueSnap has worked hard at identifying the requirements of each country and then delivering those capabilities in a simple way for merchants.”

Aside from the obvious difficulties in simply getting paid for e-commerce sales in LatAm, there is more. Getting money out of Brazil, as an example, is a real challenge – not just because of the interesting ownership and company registration laws that they have.  Typically, you will pay both a large sales tax (5-15%) as well as re-appropriation taxes that are imposed on these funds then leaving the country (another 5-10%).

Other countries have similar protectionist policies in place that make it very hard to sell inside of the country but still bring profits out.

In short, there is a big opportunity for brands to play a part in the growth of the LatAm e-commerce market. However, on entry they should be aware of the issues at hand and partner with a good payments processor to make sure that success comes fast.

“BlueSnap’s functional ability to route payment traffic and process domestic cards for non-domestic businesses – on top of the multiple connections to local payment types – gives merchants the ability to take advantage of the enormous opportunity in Latin America,”  Hyett says.

“We have really attacked the problem with the idea of supporting non-domestic businesses and merchants.  This makes our solution an ideal fit for a UK merchant who wants to sell to customers in Latin America but is unsure where to start.  We can help guide them and have the payment tools to enable their success.”