Representatives of Facebook were grilled by central bank regulators on its planned Libra coin project amid concerns from EU governments regarding the threat the digital currency poses to financial stability. 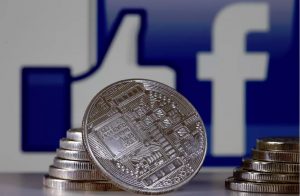 Representatives of Libra met with officials from 26 central banks, including the Federal Reserve and the Bank of England, in Basel on Monday in the first major encounter between Libra’s founders and policymakers since Facebook unveiled its plans.

Benoît Coeuré, of the European Central Bank chaired the meeting, warning “the bar for regulatory approval will be very high” for Libra to operate in the EU, ahead of the meeting. He was speaking after a gathering of EU finance ministers in Helsinki where governments expressed “strong concerns” about how Libra and other digital currency technologies could destabilise the financial system and undermine the sovereignty of governments and central banks.

Libra’s founders were invited to answer key questions about the currency’s scope and design with the findings feeding into a report for G7 finance ministers in October. Libra said the founders welcomed all talks with regulators. “In the nearly three months since the intent to launch the Libra network was announced, we have prioritised engagement with regulators and policymakers around the world,” Libra said. “We welcome this engagement and have deliberately designed a long launch runway to have these conversations, educate stakeholders and incorporate their feedback in our design.

France has already come straight out of the blocks to say it will not allow Libra to operate on its home soil. Bruno Le Maire, French Finance Minister went one step further saying Facebook’s cryptocurrency cannot operate in Europe under current conditions, citing systemic financial risks, risks for sovereignty, and the potential for abuse of market dominance. “All these concerns about Libra are serious. I therefore want to say with plenty of clarity: in these conditions we cannot authorise the development of Libra on European soil,” he said.

The Financial Stability Board, another Basel-based group that makes recommendations to the G20 and is chaired by Randal Quarles, a deputy governor of the US Federal Reserve. Quarles is on record as saying the Fed will study Facebook’s plans. Regulators and governments have been scrambling for more information on the scope and design of Libra since the project was announced in June.

The European Commission’s antitrust authorities have sent out a questionnaire to the company as part of a preliminary investigation to explore whether the currency unfairly disadvantage rivals.  Brussels is also in the early stages of designing a framework to regulate Libra and other stable coin currencies that are designed to be backed by hard assets and currency baskets.

Global central banks have also aired the possibility of developing a rival digital currency to undermine private initiatives from tech giants such as Facebook. Mark Carney, governor of the BoE, and Christine Lagarde, incoming president of the ECB, have supported central banks coming up with their own digital currencies.  Mr Coeuré said it was time for regulators to “step up our thinking on a central bank digital currency”.