Euroclear announced the successful completion of its first pilot for Euroclear Bankchain, the gold bullion based blockchain solution, with FinTech company Paxos. 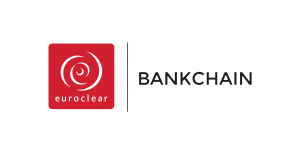 Euroclear Bankchain is a new blockchain settlement service for London bullion due to go live in 2017. According to the official release, over 600 OTC test bullion trades were settled on the Euroclear Bankchain platform during the two-week pilot.

The pilot saw the involvement of a number of leading market participants in the London Bullion market including Scotiabank, Société Générale, Citi, MKS PAMP Group and INTL FCStone. All are part of the Euroclear Bankchain Market Advisory Group that now includes 17 participants working with Euroclear and Paxos in the roll-out of the new service.

“The pilot has been very useful in helping us further refine the Bankchain platform,” explains Seth Phillips, Bankchain Product Director at Paxos. “The level of engagement from market participants was extensive and they were excited by settlements enabled on a real blockchain for the first time and to see how quickly their feedback could be incorporated into the platform.”

The settlement of unallocated gold is a very capital-intensive process. Euroclear Bankchain will significantly minimise risk, leading to a reduced capital charge and reduced balance sheet constraints, the release said.