Ethereum, the second-largest cryptocurrency in the world by market cap, like Bitcoin a few weeks ago, has rolled out the first stage of its Metropolis hard fork proposal this week. Coin Telegraph reports the hard fork will be executed in two phases, the first of which began Monday, September 18. 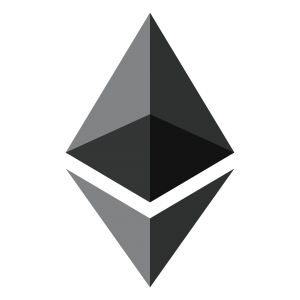 This first step is known as the Byzantine hard fork, and it is expected to reduce the consequences and actions of malicious presences within the broader Ethereum network. It will be integrated into Ethereum’s testnet on block number 1,700,000.

Vitalik Buterin, co-founder of ethereum, previously emphasized the importance of a broad improvement to the cryptocurrency network, made possible by the execution of a hard fork, in order to ensure that stability and security remain priorities as the network continues to grow. Efficiency is also a key goal of the hard fork, particularly for decentralized applications and their developers.

In the past year, many additional companies and governments have begun to explore the way that the ethereum ecosystem and blockchain can enhance their businesses and operations. These include major Wall Street institutions such as JPMorgan, and large-scale tech companies like Microsoft and Intel. If ethereum hopes to be able to support the apps and increased user base associated with this expanded interest, it must be able to offer a more robust protocol.

Buterin has explained “the applications are there…all are on backburner now precisely because scalability is not there. I personally have cut down evangelism precisely because I see that the main bottleneck is now not interest, but tech.”

The Byzantine hard fork will be implemented at first, but its successful integration will allow for the second phase of the fork, the completion of the Metropolis procedure, to come later on. Once the fork is finished, most of the decentralized applications that Buterin was concerned about will be able to be commercialized and launched in a network system which is both scalable and efficient.

In April 2017, Buterin noted that the Ethereum Foundation will continue to look for ways to improve the core protocol of the network. “First of all, we will keep developing the technology and solving pressing challenges…including scaling, confidentiality, security issues. These issues need to be solved to ensure further development of the protocol and the whole ecosystem,” he explained.

Buterin continued: “Besides, we are focusing on the expansion of the system – to make sure that more projects are building on top of ethereum, more companies and users working with the platform, exploring new use cases.”

Scalability was also a significant concern for bitcoin, which prompted the eventual hard fork that resulted in bitcoin cash earlier in the summer.