Equity Bank has launched its telecommunications services under Equitel, the brand name for its fully-owned subsidiary Finserve Africa. 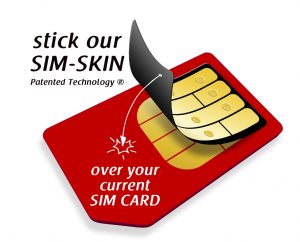 halls since October last year after its planned roll out of controversial thin-SIM technology was temporarily paralysed by a court injunction.

Finserve was on September 22 given a one-year conditional approval by the Communications Authority and the Central Bank to offer mobile phone services on the locally untested technology.

The technology allows use of ultra-thin SIMs placed on top of primary ones to offer voice, messaging, data and money transfer services.

Its use has however been unsuccessfully challenged in two court cases that cited data security concerns for users of primary SIM cards on which the slim one will be placed.

The first case was filed in October by businessman Bernard Murage on safety of personal data, while Kituo cha Sheria, a public lobby group, argued in a December 17 case that the conditional regulatory approval was issued before a full audit of security risks was conducted.

“This court cannot order Parliament to make specific laws but only test both the process leading to those laws and their contents against the constitutional muster,” Lenaola said. “What has been placed before this Court is a bill and in that case it is not clear what the end result of that bill would be.”

The legal challenges came on the back of Finserve’s overlay-technology SIM supplier, Taiwan’s Taisy’s Technologies, saying in a statement on October 7 that it had delivered the first batch.

The technology, Equity Group chief executive James Mwangi has in the past charged, will “disrupt” the increasingly lucrative mobile money industry, dominated by Safaricom’s M-Pesa, by offering free money transfers within its network.

The ever ambitious and optimistic Mwangi said in an interview on Citizen TV on January 9 that Finserve “expect to have five million people with Equitel” within three months of official launch.

In February, Equity tapped two top techies into Finserve board as it prepared Equitel for fierce competition ahead of the launch whose tentative date was initially June 15.

Mwangi had said a “specially assembled” technical team including experts from Norway and Japan was putting final touches on the technology’s capacity and security of the locally untested technology before official launch.

“What our technical team is doing is debunking all the myths and falsehoods that have been spread about the technology,” he had said.”What we are doing is enhancing competition through affordable price, quality and value.”