E-commerce payment processor WePay has raised $40 million in a Series D funding round led by FTV Capital and including Japan’s Rakuten. 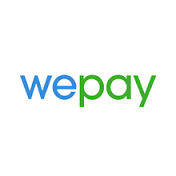 WePay will use the funding to expand in markets outside the US as e-commerce shifts from traditional retailers to online marketplaces.

WePay provides an API that companies can embed within their sites to accept payments. WePay targets businesses such as crowdfunding sites and marketplaces, with customers including Care.com, GoFundMe and Meetup.

Earlier in 2015 WePay became the first provider to integrate with Google’s Instant Buy API, a service that lets Google Wallet users check out in two steps clicks on mobile and web platforms.