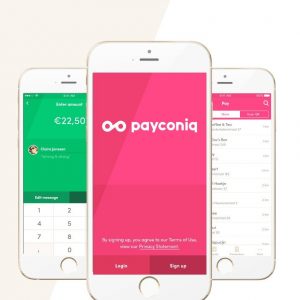 The app enables consumers to make direct payments online, in-store and P2P payments. The app makes a direct connection with the customer’s payment account at one of the participating banks. When someone wants to send money to a friend or relative, there’s no need to enter the IBAN account number; payees can be selected from a contacts lists.

According to CEO Duke Prins there are plenty of mobile payments apps in the market, but they don’t all work in-store, online and peer-to-peer, as well as internationally.

“Our initiative responds to the digital revolution and changing regulations in the European payments market. After a successful pilot and introduction in Belgium, we have the ambition to make a big impact in other countries in Europe too. The partnership with the Dutch banks is a brilliant step forwards for Payconiq.”