It will be increasingly difficult for banks to simply invest in doing the banking business digitally.Up to half of the world’s banks will disappear due to the digital disruption of the industry, forecasts BBVA chairman and CEO Francisco Gonzalez.

Speaking to the press as the bank reported a 25% uplift in profits to €2.62 billion, 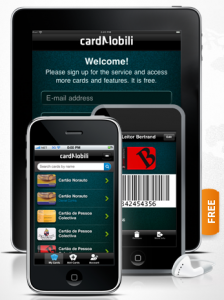 Gonzalez said that competition from fintech startups and the entry into banking by any one of a number of big tech computer companies would have drastic consequences for banks which had failed to adjust to the digital revolution sweeping the industry – reports Finextra.

BBVA has spent billions of euros on its digital transformation efforts. In December, the bank acquired Spanish big data and cloud computing startup Madiva Soluciones as part of its strategy to buy up companies that are developing new technologies and disruptive business models. This followed last year’s acquisitions of US neo-bank Simple and the establishment of a digital banking unit charged with leading the bank on its next evolutionary steps into the digital world.

The effort has yet to reap any visible swing in revenues, but Gonzalez is banking on a collapse in costs as BBVA moves more customers to online and smartphone banking, noting a 104% growth rate in mobile banking customers over the past year.

He says banks are entering a new world, as tried and trusted marketing methods are replaced by more precise data and analytical insights on customer behaviour and trigger points for buying financial products.

He cites a recent one-on-one video-led sales effort appealing to customers to improve their pension plans which reaped a positive 80% response rate, compared with an industry average of 20%.

In online mortgage sales, a simple change in the colour of a Website calculator resulted in a 10% increase in sales. The bank currently sells 15% of its mortgages digitally, a figure which is forecast to grow to up to 40% within the next few years.

Gonzalez’s faith in the bank’s digital transformation effect is in contrast to that of his compatriot Ana Botin at Santander, who yesterday played up the importance of the branch network in keeping the digital barbarians at bay.